Virabongsa Ramangkura during a plenary session of the CEO Forum at the Grand Hyatt in Hong Kong, 06 November 2003.

The news of the demise of eminent economist Virabongsa Ramangkura on November 7 was received with a deep sense of loss across the country. Numerous Facebook pages were filled with condolences. Virabongsa succumbed to cancer at 78.

He enjoyed respect across the board for his capabilities and role in public life. In particular, he was regarded highly by those who keenly followed economic affairs in Thailand.

Virabongsa belonged to a rare breed of local economists who had in-depth knowledge of the Thai economy and politics. Over the decades, his expertise led to him serving as an economic adviser, as a minister in many Cabinets, as a director of many large companies, in addition to being a prolific writer, especially as a columnist for 20 years with the Matichon media group. He also served for a short period as an adviser to the Laos government.

His past success in both academics and politics won him the trust of everyone.

Paying tributes to Virabongsa, former prime minister Anand Panyarachun said that his government, which ruled in the early 1990s, was lucky to have had Virabongsa serve as deputy finance minister.

“Virabongsa contributed to Thailand’s tax reform during my administration, introducing the value-added tax [VAT], revamping excise tax on automotive, and making changes to other taxes,” Anand said on November 9, while attending a chanting ceremony for blessing the deceased at Tridhosthep Waravihan temple in Bangkok. The VAT has been levied since 1992.

Among the challenging missions of Virabongsa’s career was serving as an economic adviser to Prem, an influential figure in Thai politics who held the reins of government as prime minister for eight years and five months from 1980-1988.

Virabongsa had the demanding job of explaining complex economic matters to Prem whose background was in the army with little knowledge of economics.

“I have little knowledge of economics… therefore your job is to make the PM understand the economy that would lead to decision-making. If the PM does not understand, he cannot make a decision,” was Prem’s advice to him, Virabongsa said in an interview last year to Optimise Magazine.

Virabongsa contributed towards economic liberalization and the opening of the country to foreign investment, especially from Japan.  During his tenure with the Prem administration, Virabongsa said he was proud to have helped the country abolish export control on key products, such as rice, maize, rubber, tapioca and textiles.

When five super economies reached the Plaza Accord agreement in 1985, it weakened the US dollar and strengthened the Japanese yen, resulting in Japanese investors moving to South East Asia, to Thailand in particular. Export growth and expansion of foreign direct investment facilitated Thailand’s economic boom in later years as GDP growth rate jumped from 4.6 percent in 1985 to 9.3 percent in 1987 and peaked at 13.3 percent in 1988.

Prem did not appoint Virabongsa as a minister in his cabinets, but he admired him and had him work behind the scene to query ministers.

Prem had the power to appoint senators who could vote on new laws with elected House representatives. Virabongsa defended the centralized Prem administration as a “technocrat government”.

Virabongsa encountered a different kind of challenge while working with the Anand administration,

He had to help with further liberalizing the economy, which was strongly opposed by bureaucrats who had previously enjoyed the authority of imposing regulations and licensing on businesses and industries.

Virabongsa also found himself in situations where governments rejected his advice, eventually leading to the country paying a massive economic price for political incompetence.

He had urged former PM Chavalit to depreciate the baht in 1997, but Chavalit did not agree. In historic events that followed, precipitating the Tom Yum Kung crisis, Thailand was forced to abandon the fixed exchange rate regime that tied the Thai currency’s value at Bt25 to a dollar. Thailand has since adopted a managed floating exchange rate.

As an adviser to the Yingluck administration in 2011, Virabongsa opposed PM Yingluck’s massive rice subsidy scheme. The controversial scheme eventually led to the conviction of Yingluck in court.

Economists have showered praise on Virabongsa.

“He is the best macroeconomist (in Thailand),” Ammar Siamwalla, 82, a distinguished scholar at the Thailand Development Research Institute (TDRI), once said.

“I have learned from Virabongsa the importance of explaining complicated matters in simple terms,” said Somchai Jitsuchon, a research director at TDRI who used to work with Virabongsa when he worked at the research institute.

Many veteran journalists were tutored by Virabongsa on the finer points of the national economy, especially during the Prem era. It was a time when Thai journalists did not understand the intricacies of baht exchange rate, inflation, free competition, demand and supply, according to Virabongsa.

A democrat at heart

Despite being used to working with PMs who had an army background, Virabongsa firmly believed in democracy. He even contradicted the late Prem when he backed PM Prayut Chan-o-cha, who led a coup in 2014 and secured a second term in 2019. Virabongsa opposed the military’s role in politics.

He referred to the 2014 coup and the current constitutional provision that allows the junta to pick senators as a setback to political development. Virabongsa said the lack of political advancement towards a full democracy is a stumbling block for Thailand in transitioning from a middle-income to a high-income country. 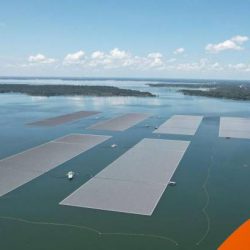