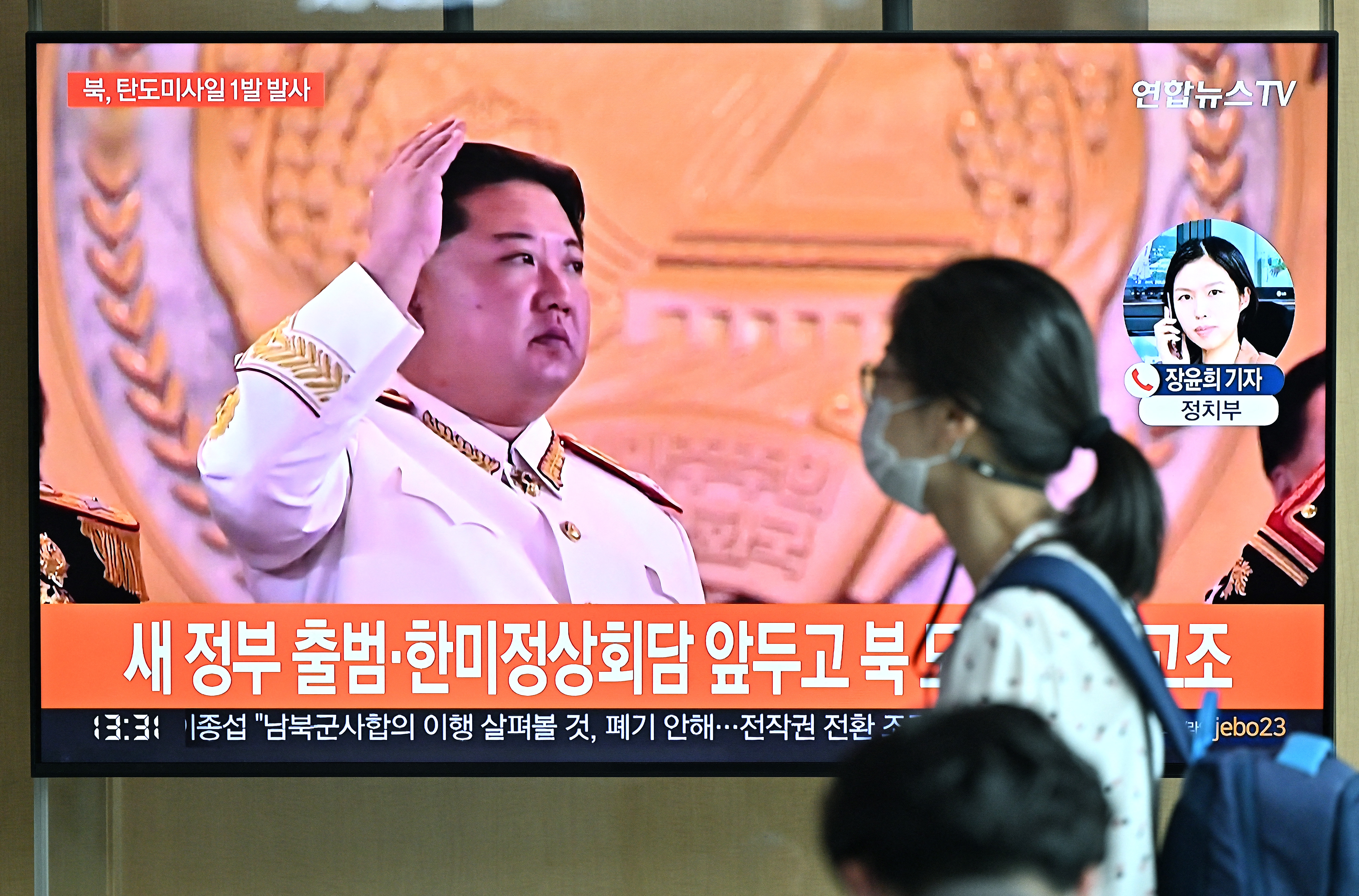 A woman walks past a television screen showing a news broadcast with file footage of North Korean leader Kim Jong Un, at a railway station in Seoul on May 4, 2022. – North Korea fired a ballistic missile on May 4, South Korea’s military said, just a week after leader Kim Jong Un vowed to boost Pyongyang’s nuclear arsenal at the “fastest possible speed”. (Photo by Jung Yeon-je / AFP)

North Korea fired a submarine-launched ballistic missile Saturday, Seoul said, its second missile launch in three days after the United States warned Pyongyang could be preparing for a nuclear test.

North Korea has dramatically ramped up its sanctions-busting missile launches this year, conducting 15 weapons tests including firing an intercontinental ballistic missile at full range for the first time since 2017.

Satellite imagery indicates North Korea may be preparing to resume nuclear testing, and the US State Department on Friday warned a nuke test could come “as early as this month”.

“Our military detected around 14:07 (0507 GMT) that a short-range ballistic missile presumed to be an SLBM fired from waters off Sinpo, South Hamgyong,” Seoul’s Joint Chiefs of Staff said in a statement.

Sinpo is a major naval shipyard in North Korea and satellite photographs have in the past shown submarines at the facility.

Japan’s coast guard, citing information from its defence ministry, said North Korea had launched an object “likely to be a ballistic missile” and warned its vessels to be aware.

On Friday, the United States released a new assessment saying that Pyongyang was “preparing its Punggye-ri test site and could be ready to test there as early as this month”, State Department deputy spokeswoman Jalina Porter said.

“This assessment is consistent with the DPRK’s own recent public statements,” she added.

US President Joe Biden later this month travels to Japan and South Korea, where concerns about Pyongyang are expected to be high on the agenda.

A North Korean test could coincide with Biden’s visit or with the May 10 inauguration of Yoon, who has vowed to take a harder line on Pyongyang.

“Instead of accepting invitations to dialogue, the Kim regime appears to be preparing a tactical nuclear warhead test,” said Leif-Eric Easley, a professor at Ewha University in Seoul.

“A seventh nuclear test would be the first since September 2017 and raise tensions on the Korean peninsula, increasing dangers of miscalculation and miscommunication between the Kim regime and the incoming Yoon administration,” Easley added.

– SLBM –
South Korea’s conventional capacity outstrips that of the North, and Yoon has called for more US military assets to be deployed in the South, a topic likely to be on the agenda when Biden visits Seoul.

South Korea last year tested its own SLBM, putting it among a small group of nations that have such technology. It also unveiled a supersonic cruise missile, in what was seen as something of an arms race on the peninsula.

On Wednesday, North Korea test-fired what Seoul and Tokyo said was a ballistic missile, although Pyongyang’s state media — which typically report on weapons tests — did not comment on the event.

“I suspect today’s launch is similar to Wednesday’s ballistic missile,” said Hong Min, a researcher at the Korea Institute for National Unification.

“It appears the North is conducting a series of tests to achieve its strategic objective.”

Repeated negotiations aimed at convincing Kim to give up his nuclear weapons have come to nothing.

For five years under President Moon Jae-in, Seoul has pursued a policy of engagement with Pyongyang, brokering high-level summits between Kim and Trump while reducing joint US military drills the North sees as provocative.

But for incoming leader Yoon, this “subservient” approach has been a manifest failure.

Analysts have said the string of launches indicate North Korea’s Kim may be warning Seoul he is not open to dialogue with South Korea’s new government. 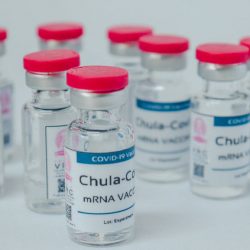 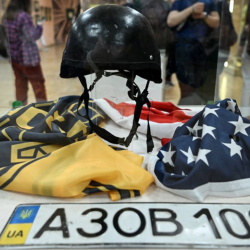