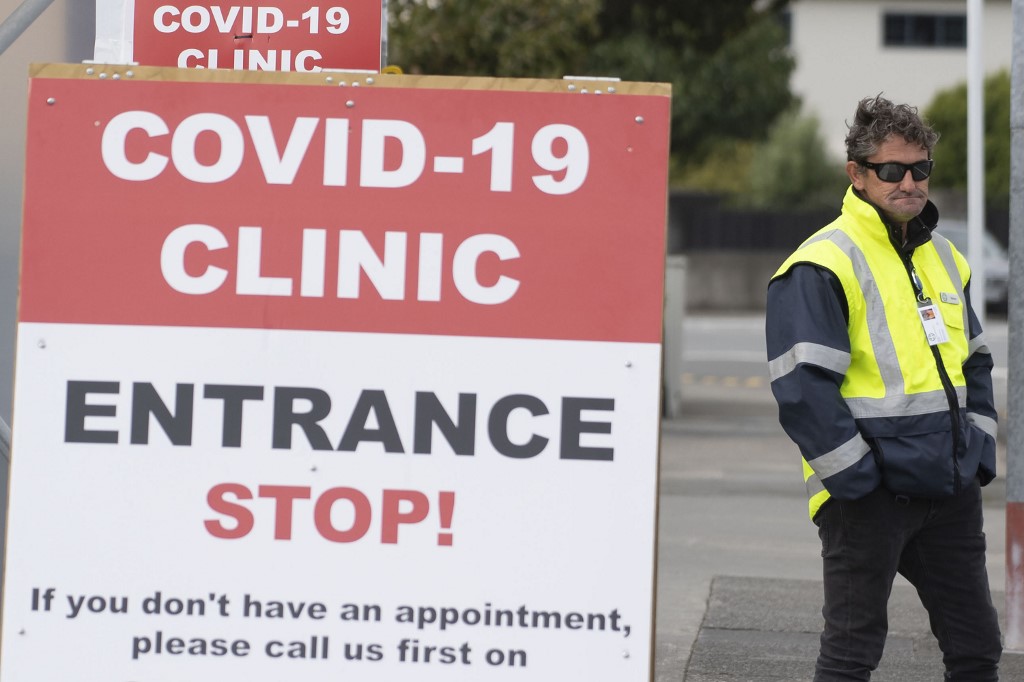 This file photo taken on April 20, 2020 shows a security guard standing outside a COVID-19 coronavirus clinic in Lower Hutt, near Wellington. – New Zealand health officials on January 24, 2021 confirmed the first case of Covid-19 in the community for more than two months, sparking urgent contract-tracing efforts north of Auckland. (Photo by Marty MELVILLE / AFP)

Health officials said the pair, an adult and child, caught the virus in the same quarantine facility as a woman who tested positive over the weekend, ending a run of more than two months with no cases in the community.

They said the facility — the Pullman Hotel in Auckland — was allowing no quarantine arrivals or departures as teams examine how the infection spread.

“It does suggest that something’s happened in the Pullman where these people have potentially come into contact with each other, that investigation will continue,” Minister for Covid-19 Response Chris Hipkins told Newstalk ZB.

Hipkins said all close contacts linked to the three cases had so far tested negative and he was hopeful the outbreak had been contained.

“I’m fairly optimistic but you never know with these things,” he said.

“The first 48 hours is in any of these investigations tells you a lot.”

The new cases passed all the requirements but tested positive after leaving the managed isolation facility.

Coronavirus alert levels in New Zealand have not been raised as a result, with few restrictions meaning domestic life in the country of five million remains near normal.

However, the cases have prompted long queues at testing stations in Auckland, where a second-wave virus outbreak forced a two-week lockdown last August.

The South African coronavirus variant is more contagious than previous strains, although the World Health Organization has said there is no clear evidence it leads to more severe disease or a higher death rate.

New Zealand has been widely praised for its handling of the pandemic, recording just 25 coronavirus deaths and less than 2,000 confirmed cases in a population of around five million. 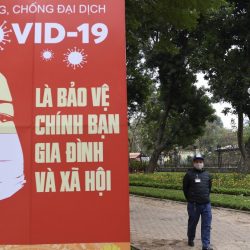 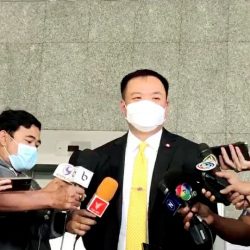