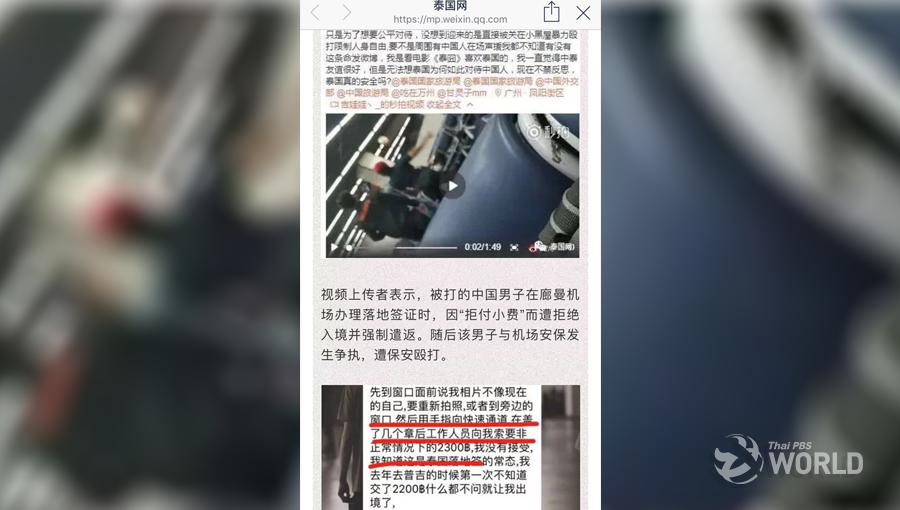 A video clip on the physical row at Don Mueang airport posted by the Chinese victim has gone viral in China.

One of the orders that the new immigration police chief is expected to issue upon taking office today is to deal with a fallout from an incident at Don Mueang international airport last week in which a Chinese tourist was assaulted by a security guard.

An informed source said Pol Maj Gen Surachate Hakparn would order immigration police at the airport to put up a “no tip” sign to ensure that no tourists would be subject to demand for extra payment beyond the official 2,000-baht fee for visa on arrival.

Pol Maj Gen Surachate, who was deputy tourist police chief until his new appointment, told people close to him that tackling the embarrassing fallout from the incident was his immediate priority.

Prime Minister Gen Prayut Chan-o-cha on Saturday had to come out to apologize for the incident and said he would send the tourist a personal letter of apology through the Chinese Embassy here.

A video clip of the incident posted on social media by the tourist has gone viral in China and drew angry comments from many Chinese who weighed in with their own unpleasant experiences with Thai immigration. Some said arriving Chinese tourists were targeted for extra “tip” for visa on arrival by Thai immigration officers.

The Chinese tourist said in his post that he refused to pay an extra “tip” of 300 baht as demanded by an immigration police officer on duty.  He later got into an argument with a security guard who was seen in the clip assaulting him.

But Thai airport authorities have a different version of what happened.  They claimed that the tourist didn’t have proper travel documents and was barred from entering the country.  They said he, nevertheless, tried to sneak out of the restricted area before getting into a physical altercation with a security guard. He was later put on a plane and sent back to China.

Pol Maj Gen Surachate, who was reportedly handpicked by Deputy Prime Minister Gen Prawit Wongsuwan to take over the post of immigration police chief,  reportedly considers dealing with the embarrassing incident a priority as it has greatly damaged Thailand’s image.

Chinese tourists make up one-third of the 30 million tourists who are expected to visit Thailand this year.  A big influx of Chinese tourists is expected starting next week which is the beginning of a long annual national holiday.

Thailand has introduced visa on arrival for Chinese tourists to facilitate their visits, and partly because Thai consulates in China are not able to handle increasing huge volume of visa applications. 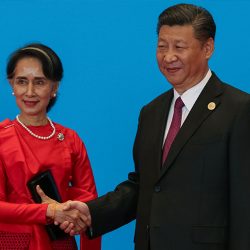 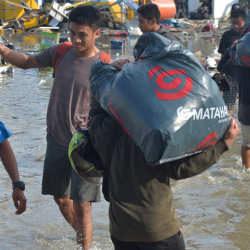