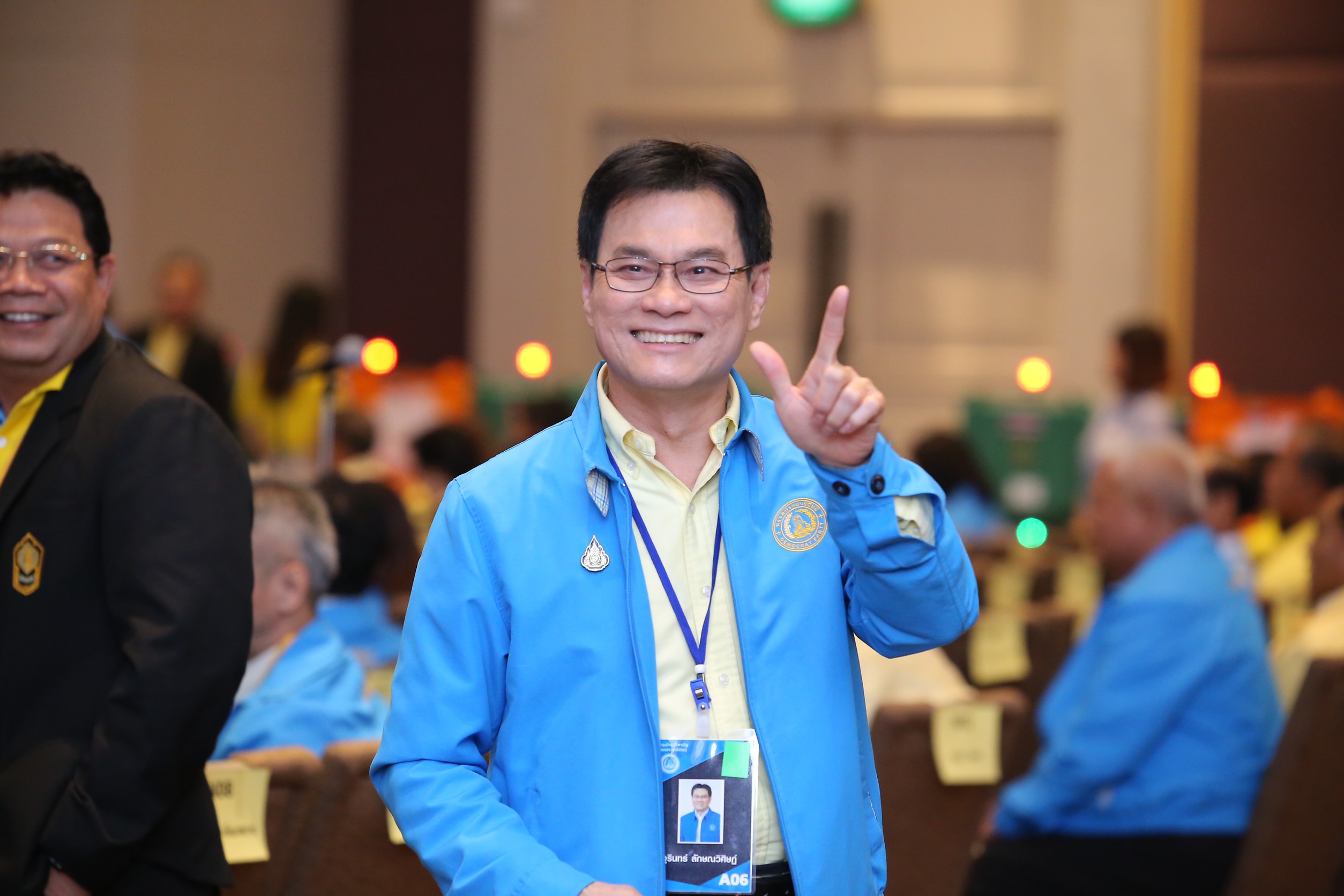 Jurin Laksanavisit’s first job as Democrat leader is tackling an immense dilemma that brought down his immediate predecessor Abhisit Vejjajiva.

A social media cynical post has it that Jurin had to go through “so much fuss” _ in other words a serious competition in the form of intra-party poll featuring four highly-qualified contenders for the helm of the oldest party. “Its rival would have waited for just one phone call to decide the leader,” the post said.

The poster was obviously taking a swipe at the Pheu Thai Party, whose leadership and parliamentary key men were allegedly decided and dictated by Thaksin Shinawatra, the virtual party patriarch. But that rival of the Democrat Party has been winning elections, and until recently, Pheu Thai’s domination had been the utmost issue hounding the top Democrat echelons.

When they presented their “visions” prior to the voting that installed Jurin as the new leader, he and the other three contestants did not give any clue on whether the party would support Prayut Chan-o-cha as the prime minister. Their statements were practically the same on other party affairs, different only on degrees of eloquence.

Jurin’s vision statement focused on a team effort, using an “Avengers” analogy. He and the other candidates vowed to bring the former glory back, but all were apparently vague on exactly how they could achieve that.

The vagueness is a luxury Jurin can’t have from now on, however. His biggest, immediate task is to decide what to do with Prayut. He can choose to have his party play a “constructive role” in the opposition bloc, or be in a Prayut-led government which is something Abhisit balked at.

The Prayut issue is now more important than the Pheu Thai domination. But the Democrats have always been torn between Prayut and Pheu Thai lately. Virtually every Democrat has insisted that their stand on Thaksin remains unchanged. What most of them have failed to say, though, is that deciding to be in the opposition, in other words a Prayut snub, would be tantamount to giving the pro-Thaksin alliance a great political weapon.

The pro-Prayut alliance, led by the Palang Pracharat Party, needs the Democrat support to claim “legitimacy” in forming a government, although the alliance will have the backing of most, if not all, 250 senators with or without the Democrats. If the Palang Pracharat camp controls the House of Representatives majority, the Pheu Thai alliance will not have formidable ammunition to attack its enemies.  On the other hand, if the Palang Pracharat alliance has to rely on senatorial support to install Prayut while not being able to control the majority in the House of Representatives, a lot of political, legislative and parliamentary problems will ensue.

Much will depend on Jurin and the new executives of the Democrat Party, who are expected to make the crucial decision in a few days. Jurin has been close to anti-Prayut Abhisit but the new leader will face pressure from many newly-elected Democrat MPs who want to join a Palang Pracharat government.

Jurin, 63, is a key party figure from the South, which was previously a traditional stronghold for the Democrats that allowed them to remain the “big party” largely through the past decades. The party, in the March polls, lost a lot of grounds in the South and Bangkok. That was blamed on Abhisit’s stand, perceived to be ambiguous, on Prayut and Pheu Thai.

He is a 10-time MP _ six times representing the southern province of Phang-nga, and four times as a party-list MP.

Having served in several key party and Cabinet posts, Jurin was always going under the radar. Not anymore. He will be in a big spotlight, which will be intensely glaring from Day One. – By ThaiPBS World’s Political Desk 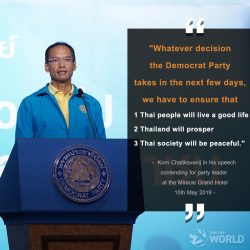