“The opportunity to shake Aung San Suu Kyi’s hand and take a selfie with her… That was a surreal moment.”

In 2019, Patchari Raksawong took on the role as the MC of the opening ceremony of the 34th ASEAN Summit in Bangkok. As a professional English-speaking MC, a news anchor for NHK World, radio host, lecturer and a mother of two, she admits that the summit was undeniably one of the pinnacles of her career.

Standing in front of the leaders of the Association of Southeast Asian Nations and the UN Secretary-General, António Guterres, could be an exciting and nerve-wracking moment for many people, but not for Patchari.

“At the end of the day, they have their grandchildren sitting on their laps, they’re just people. So why do we need to fear them? Why do we need to get over-excited about them? That’s what calms me down, and to be calm in that situation is vital.”

Reflecting on the moment, Patchari said that being chosen, by the Ministry of Foreign Affairs,to take on the MC role for the summit was a huge honour for her.

“Especially because I have always wanted to be a diplomat and represent my country,” she said. “I grew up with people thinking I am a “halfy”, perhaps half Indian or Middle-Eastern, but I’m always proud to be 100% Thai.”

With more than 20 years of experience, along with her unique accent and personality, Patchari, commonly known as P’ Ae, has been considered a role model for many Thais who aspire to become an MC, and most importantly, to improve their English-speaking skills.

She began her career as a children’s TV show host, which led her to bigger opportunities in life.

“I don’t remember whether it was working as an MC or news reading that came first,” as Patchari tries to recall the start of her career, “but it was always a call from a superior saying we have this for you to try, and it was always me saying yes with excitement and skepticism. I always went for it.”

Patchari admits, however, that this is not the pathway she ever thought of taking, as she was a timid and shy girl when she was growing up.

“I hated speaking in front of an audience,” she said. “I would always want to be the last person or I’d always look at my watch, hoping the time will fly by really quickly, so that it wouldn’t be my turn.”

Such opportunities helped her gain confidence over time, as her main philosophy in life is to never let a day go by without learning something new. No matter what kind of opportunities are knocking at your door, just give it a go.

“I’ve been very lucky because, from my perspective, I may have thought that I failed, but there were people out there who said she has the potential, so let’s give her a chance, and the chances came. Each chance you take, you will only get better, and I promise you that.”

Loving everything she does is probably the key to juggling her different roles.

“I consider it to be a blessing, that I’m able to take on all of these different roles and wear different hats,” said Patchari. “So how do I cope and juggle them all? I just balance it, I just make sure that I plan everything out.”

When asked whether the wearing of different hats is often more associated with men than women, Patchari became more passionate.

“Oh yes, you might think that women are incapable of handling top positions, or being leaders, because they’re probably going to cry about everything. Come on! The world has changed, and it’s absolute equality now.”

She also thinks that people of this generation are lucky, as the modern world has become much more aware that women are as capable and competent as men.

“I just would like to encourage women to not be discouraged just because you are a woman, but use it to your advantage.”

A voice, opportunities and the freedom

Empowering women, for Patchari, is to give them a voice, opportunities and the freedom to do whatever they want to do in order to reach their goals, and to become the person they truly want to be.

“I would like to say that you all have a voice, you all have a heart, you all have your thoughts, and I think the voice that is telling you what to do, you should follow it, listen to it and be who you want to be. Don’t let anybody get you down, remain positive and send out those positive vibes to everybody. I think that should feed you on the path to your dreams.” 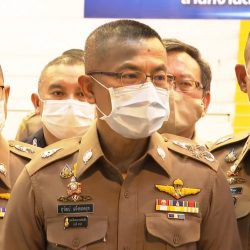 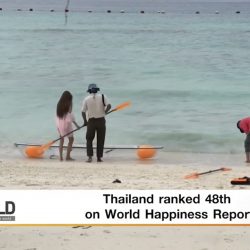