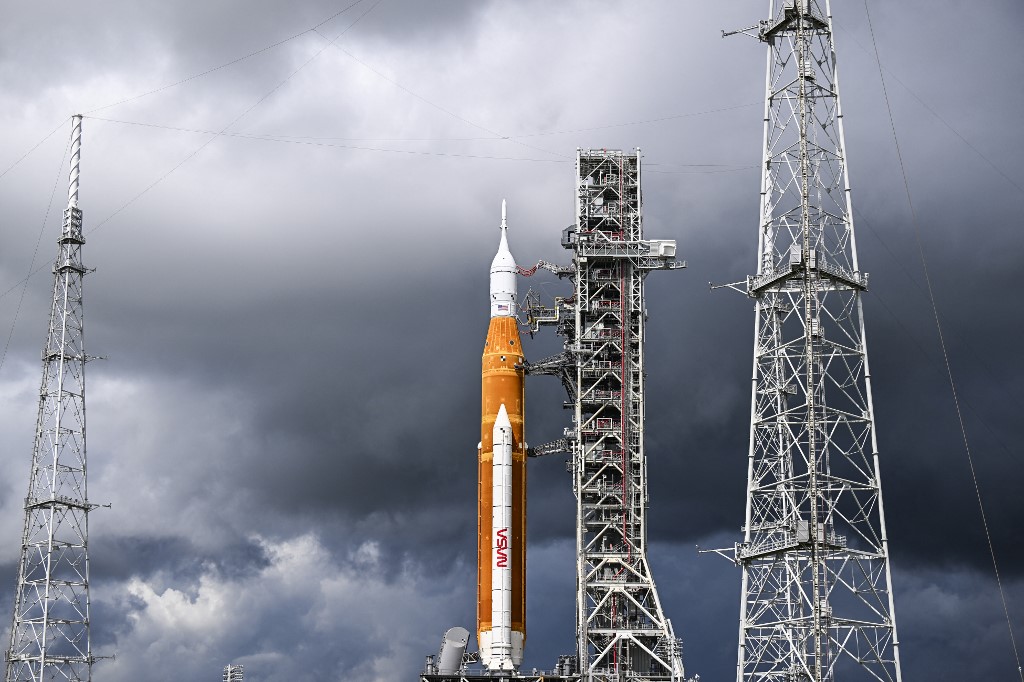 The Artemis I unmanned lunar rocket sits on the launch pad at the Kennedy Space Center on September 2, 2022. – NASA will make a second attempt to launch its powerful new Moon rocket on September 3, after scrubbing a test flight earlier in the week. The highly anticipated uncrewed mission will bring the US a step closer to returning astronauts to the Moon five decades after humans last walked on the lunar surface. (Photo by CHANDAN KHANNA / AFP)

After technical issues halted its first launch attempt, NASA will try again on Saturday to get its new 30-story rocket off the ground and send its unmanned test capsule towards the Moon.

If the massive Space Launch System (SLS) lifts off successfully, it will not only be awe-inspiring but also historic for NASA, marking the first of its Artemis program plotting a return to the Moon, fifty years after the final Apollo mission.

The launch is scheduled for 2:17 pm local time (1817 GMT) from Kennedy Space Center in Florida, with a possible two-hour delay if necessary.

“They are getting better with every attempt and actually performed superbly during launch countdown number one… I think if the conditions with weather and the hardware align, we’ll absolutely go.”

Though the area around the launch site will be closed to the public, hundreds of thousands of people are expected to gather on beaches nearby to see — and hear — the most powerful vehicle that NASA has ever launched climb into space.

NASA’s initial launch attempt on Monday was halted after engineers detected a fuel leak and a sensor showed that one of the rocket’s four main engines was too hot.

Both issues have since been resolved, and the weather appears to be cooperating: the US Space Force predicts a 60 percent chance of favorable weather at the scheduled liftoff time, growing to 80 percent later in the launch window.

If something requires NASA to stand down again on Saturday, there are backup opportunities on Monday or Tuesday. After that, the next launch window will not be until September 19 at the earliest, due to the Moon’s position.

The purpose of the Artemis 1 mission is to verify that the Orion capsule, which sits atop the SLS rocket, is safe to carry astronauts in the future.

Mannequins equipped with sensors are standing in for astronauts on the mission and will record acceleration, vibration and radiation levels.

It will take several days for the spacecraft to reach the Moon, flying around 60 miles (100 kilometers) at its closest approach. The capsule will fire its engines to get to a distant retrograde orbit (DRO) of 40,000 miles beyond the Moon, a record for a spacecraft rated to carry humans.

The trip is expected to last around six weeks and one of its main objectives is to test the capsule’s heat shield, which at 16 feet in diameter is the largest ever built.

On its return to Earth’s atmosphere, the heat shield will have to withstand speeds of 25,000 miles per hour and a temperature of 5,000 degrees Fahrenheit (2,760 degrees Celsius) — roughly half as hot as the Sun.

Artemis is named after the twin sister of the Greek god Apollo, after whom the first Moon missions were named.

Unlike the Apollo missions, which sent only white men to the Moon between 1969 and 1972, Artemis missions will see the first person of color and the first woman step foot on the lunar surface.

A successful Artemis 1 mission will come as a huge relief to the US space agency, after years of delays and cost overruns.

A government audit estimates the program’s cost will grow to $93 billion by 2025, with each of its first four missions clocking in at a whopping $4.1 billion per launch.

The next mission, Artemis 2, will take astronauts to the Moon without landing on its surface.

The crew of Artemis 3 is to land on the Moon in 2025 at the earliest, with later missions envisaging a lunar space station and a sustainable presence on the lunar surface.

According to NASA chief Bill Nelson, a manned trip to the red planet aboard Orion, which would last several years, could be attempted by the end of the 2030s.

Serena Williams loses to Tomljanovic in US Open farewell 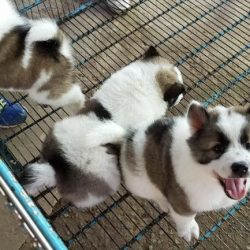