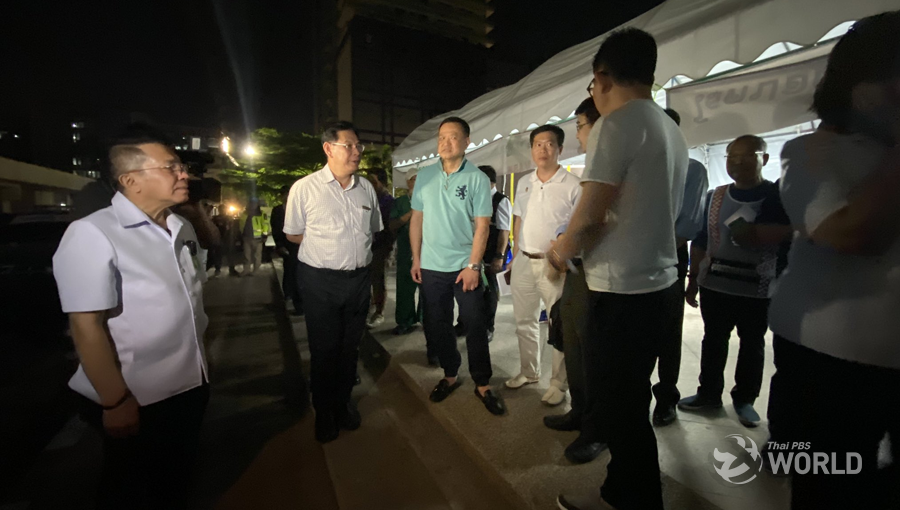 Members of police crack unit have stormed Terminal 21 shopping mall in downtown Nakhon Ratchasima province, where a heavily-armed gunman is believed to be holed up with many shoppers trapped inside.

Public Health Minister Anutin Charnvirakul reported at around midnight that so far 20 people have been reported killed, including the gunman’s army commander, in the shooting rampage allegedly carried out by Sgt-Maj Jakrapanth Thomma, an officer attached to the Surathampitak barracks in the province.  He said 31 others were injured.

Jakrapanth allegedly shot his commander, 48-year-old Colonel Ananrote Krasae and 63-year old Mrs. Anong Mitchan dead, and injured an army private at about 5.30pm today in a house in Muang district, where a dispute erupted during a meeting over a debt issue.

The shooting continued inside the mall, to which police and army troops have now been deployed to secure the area.   Television footage showed shoppers frantically running toward the exits as shots rang out.

About two hours before the mass shooting, the gunman posted a Facebook message which reads “No one escapes death.”

While holding out in the mall, he posted a selfie holding an HK assault rifle and several more Facebook messages which, among others, read:

“Are all three dead?” (Referring to dead and injured found at the house)

“God damn it! I have cramp in my fingers.”

It is reported that the gunman is armed with several weapons and a lot of ammunition, believed to have been stolen from the barracks. 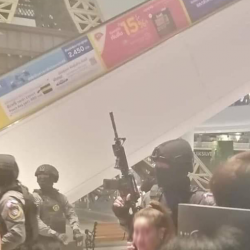 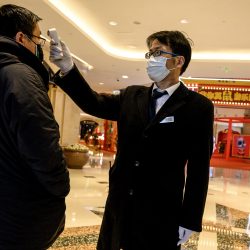