A group from Na Bon district of Thailand’s southern province of Nakhon Si Thammarat rallied in front of the Royal Thai Police headquarters today (Thursday), to protest against the planned construction of two bio-mass power stations.

Vichai Rattananok, representing the protest group called “Save Na Bon”, told the media that most people in Na Bon district make a living from their fruit orchards and rubber plantations and they do not want the bio-mass power stations to be built close to their communities, fearing that the environment and their health may be put at risk.

He also said that the protesters are concerned that, in the future, the two plants may switch to coal or other fossil fuels, which will pose an even greater threat to their communities.

The protesters claim that land clearing at the project site is already under way.

Vichai added that the Na Bon residents have lodged complaints against the project with the Energy Regulatory Commission (ERC), the Securities and Exchange Commission, Parliament and the National Human Rights Commission (NHRC), but to no avail.

The group submitted a letter, addressed to Deputy National Police Chief Pol Gen Wirachai Songmetta, asking him to scrap the project, claiming that he is the major shareholder in the company responsible for the building the power stations.

Vichai said that the protesters will not disperse unless they meet with Pol Gen Wirachai for discussions on the project.

This is not the first time protest of the power plant project took place in Bangkok. In July, they petitioned against the project with the NHRC at the Government Complex on Chaengwattana Road and at the ERC office in Pathumwan. 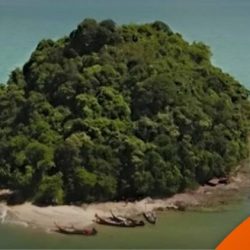 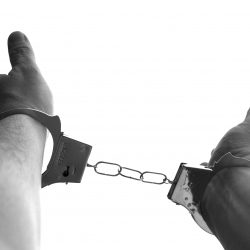