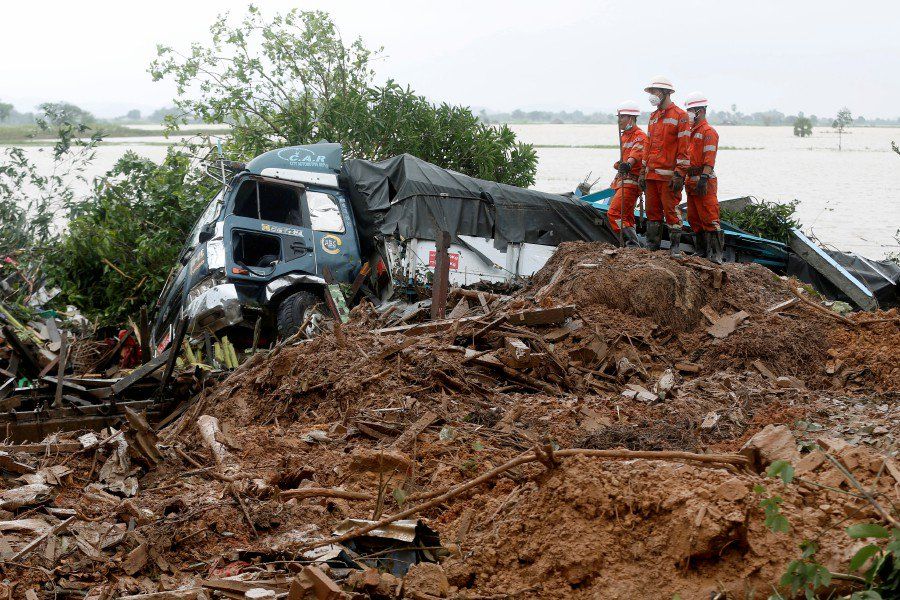 (Photo) Rescue workers search for bodies of victims under the debris and mud after a landslide in Mottama, Mon state, Myanmar, August 11, 2019/ Reuters (Ann Wang)

MAWLAMYINE, Myanmar (AFP) – Myanmar troops deployed to flood-hit parts of the country on Sunday to help with relief efforts after rising waters left thousands stranded and the death toll from a landslide jumped to 51.

But this year’s deluge has tested the government’s ability to respond after a fatal landslide on Friday in southeastern Mon state was followed by heavy flooding that reached the roofs of houses and the tops of street signs in nearby towns.

Hundreds of emergency response workers were still pulling victims out of the muddy wreckage in Paung township on Sunday.

“Three more dead bodies were found at 11:50 am. The total death toll has reached 51 people,” the Myanmar fire services department said on its Facebook page.

As the rainy season reaches its peak, the country’s armed forces are pitching in.

“Helicopters will be used to supply food.”

The bulk of the effort is focused on hard-hit Mon state, which sits on the coast of the Andaman sea.

“This year is the worst,” a resident of Ye township told AFP.

“There are some casualties at nearby villages. But we can’t reach those villages yet.”

Pictures from the area show residents swimming away or bundling their possessions onto small boats and rowing to higher ground.

Floodwaters have submerged more than 4,000 houses in the state and displaced more than 25,000 residents who have sought shelter in monasteries and pagodas, according to state-owned Global New Light of Myanmar.

Around 89,000 people have been displaced by floods in recent weeks, although many have since been able to return home, according to the UN’s Office for the Coordination of Humanitarian Affairs. 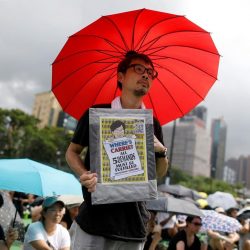 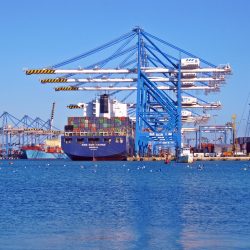