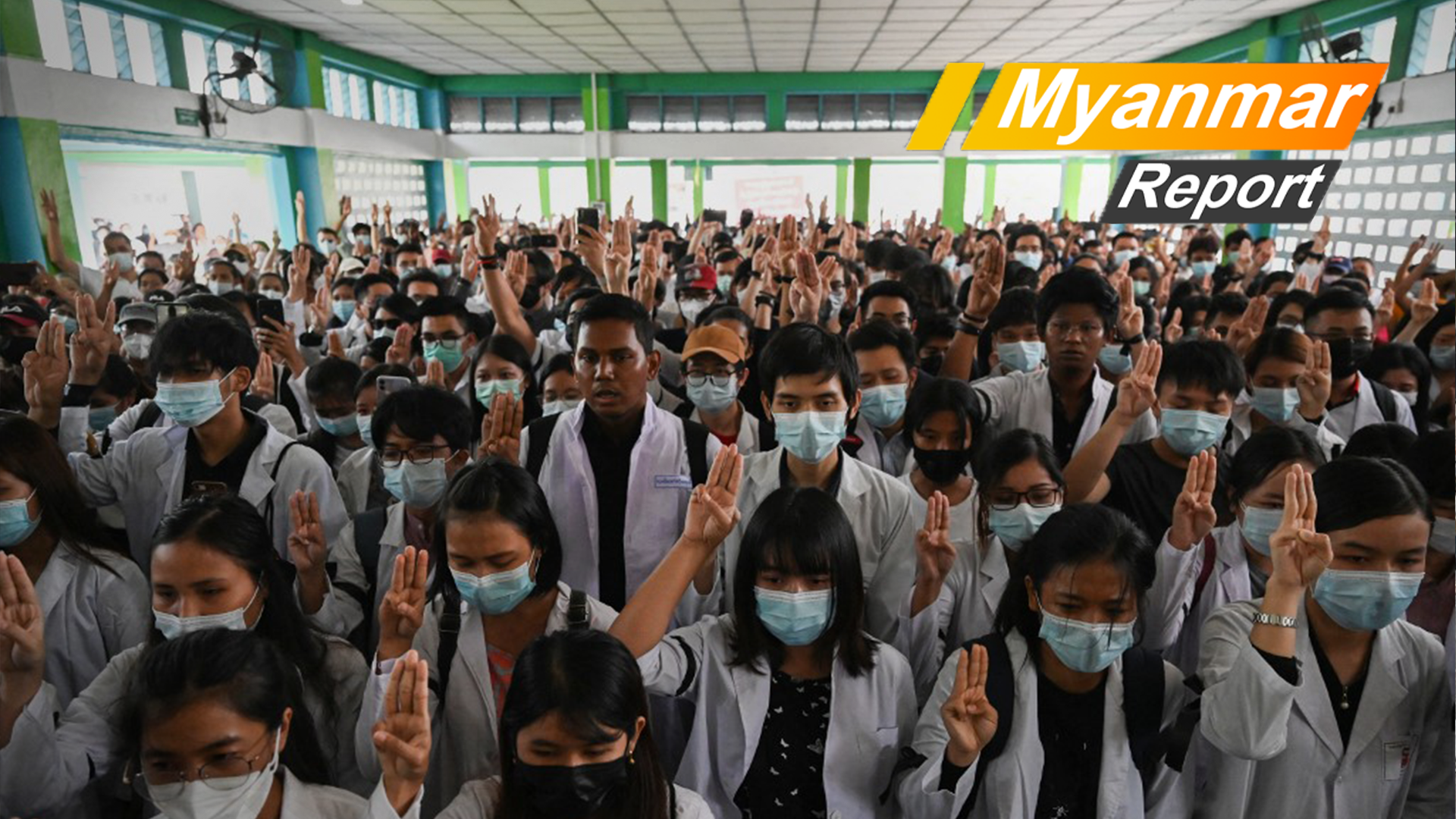 Members of the medical community hold up the three finger salute at the funeral of Khant Nyar Hein at his funeral in Yangon on March 16, 2021, after the first year medical student was shot dead during a crackdown by security forces on protesters taking part in a demonstration against the military coup. (Photo by STR / AFP)

Regardless of the pressure, from the international community, for Myanmar’s military to stop its crackdown on anti-coup protesters and to release Suu Kyi and other politicians from imprisonment, the raids, the crackdowns, and clashes with ethnic armed forces continue.

Thai PBS World sought the opinions of people in Yangon about their future and the future of the country.

Faith in the education system

“Honestly, I don’t know. I’m a student and my future is already affected by the first and second wave of COVID-19. Maybe it’s easy to think that kids love it if they don’t have to go to school, and maybe that’s true. I do enjoy the free time, but I have no faith in any education system run by the military. They don’t have a good track record. Maybe this is better than being a student, I am now slowly becoming a revolutionary,” said a 15-year old student, sitting in a tea shop with 3 of his friends.

This student is not the only one worried about the education of children in Myanmar. A middle-aged taxi driver said that the situation is not good for anyone, except for the families and children of the military. He said the amount of growth under Suu Kyi already outdid the previous decades under the military regime. “They didn’t want the country to do well. They want the students to be stupid, they hope for the people to stay poor so that we cannot rebel against them. We have to win”.

“As for my future? Well, I work in the education sector, so I guess I can talk about that. I’m worried about many things. Already the kids have fallen behind due to COVID-19 and have to do a lot to catch up under an education system that was previously undergoing reforms. Now, the military council is saying that kids will pass two grades in one year. That is impossible, unless you want the children to be less prepared for further studies. Maybe that’s what they want. They always oppress the students, so that they won’t have the knowledge to criticize them,” said a faculty member of one of the prestigious private schools in Myanmar.

He also worries that the youths are getting radicalized and, even if all of this is resolved tomorrow and the military steps back, “the amount of cleaning up we will have to do is monumental”.

When ASEAN leaders sit down for a summit to address the ongoing crisis in Myanmar, they know full well that the whole world will be watching. And they also realize that what is at stake is not only the lives of Myanmar people fighting for democracy on the streets, but also the future of the regional grouping.

The poor in the conflicts

Many people wouldn’t claim to know much about politics, but they can tell that Myanmar is, right now, not looking good. For people who struggle just to get by, they said it doesn’t matter who gets “the crown” but, rather, what they will do for the impoverished people.

“I hate politics, but I hate the generals even more now,” said a street food vendor in Yangon. He added that the military can never be forgiven. He said, even looking from a purely selfish point of view, Thingyan (New Year holiday) is an opportunity to make some quick money and maybe he can repay some of his debts. Since COVID-19, however, this is the second time Thingyan has, pretty much, been canceled. “No one wants to celebrate, nobody wants to spend their money after getting hit by COVID already”.

“I’m just an aunty who sells fish for a living, so I don’t know much about politics, but I can still, at least, tell what is right and wrong. They (the military) are the reason why my daughter is forced to work as a maid in another country and why so many other kids have to go and slave away in other countries. We are poor, so we don’t have a choice,” said a street vendor in Yangon.

“I don’t know too much, but I don’t want the military to win. Many have died. They are Asein Thay (died by an unnatural means, accident, murder, etc.) so their spirits will be vengeful,” said a jasmine vendor at a set of traffic lights. He said most of the dead are poor, and he is poor, and their futures are tough to begin with, and now charity organizations are threatened and attacked by the soldiers. “Poor families won’t be able to send the dead off with even a minimal funeral. It is too cruel,’” he added.

March 31, 2021 When it comes to Myanmar’s military , under the leadership of its commander-in-chief Min Aung Hlaing, it is no surprise that religious and other superstitious beliefs play a big role in his decisions. The big donation While such projects are regularly carried out all over Myanmar, the Shwe Dagon Pagoda usually only sees such upgrades every four years.

Blood is never good for business

A tea shop owner said he and millions of other people could be wrong and the military will give up, but what is more likely is “Min Aung Hlaing dropping dead”. He said, even then, he doesn’t think the military would give up power.

“So I expect things to get bloodier, and blood is never good for business. Well, maybe except for them,” he added.

Not everyone is an NLD fan, but many of them say they cannot put their faith in the military either. A retired Lt-Colonel said that all the military had to do was to just wait for the public outrage over the coup to die down and play “the good cop”, while uncovering the alleged misdeeds of Suu Kyi and her party.

“I wouldn’t be surprised if there is actual mutiny if things start to go south for Min Aung Hlaing. He is not a good leader and I don’t think he is able to control what his cohorts are doing,” said the retired soldier. 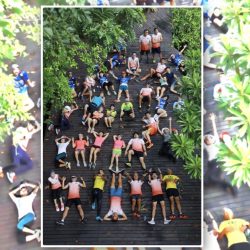