Myanmar Report: Forget COVID-19 and line up from 4am for minutes with the ATMs 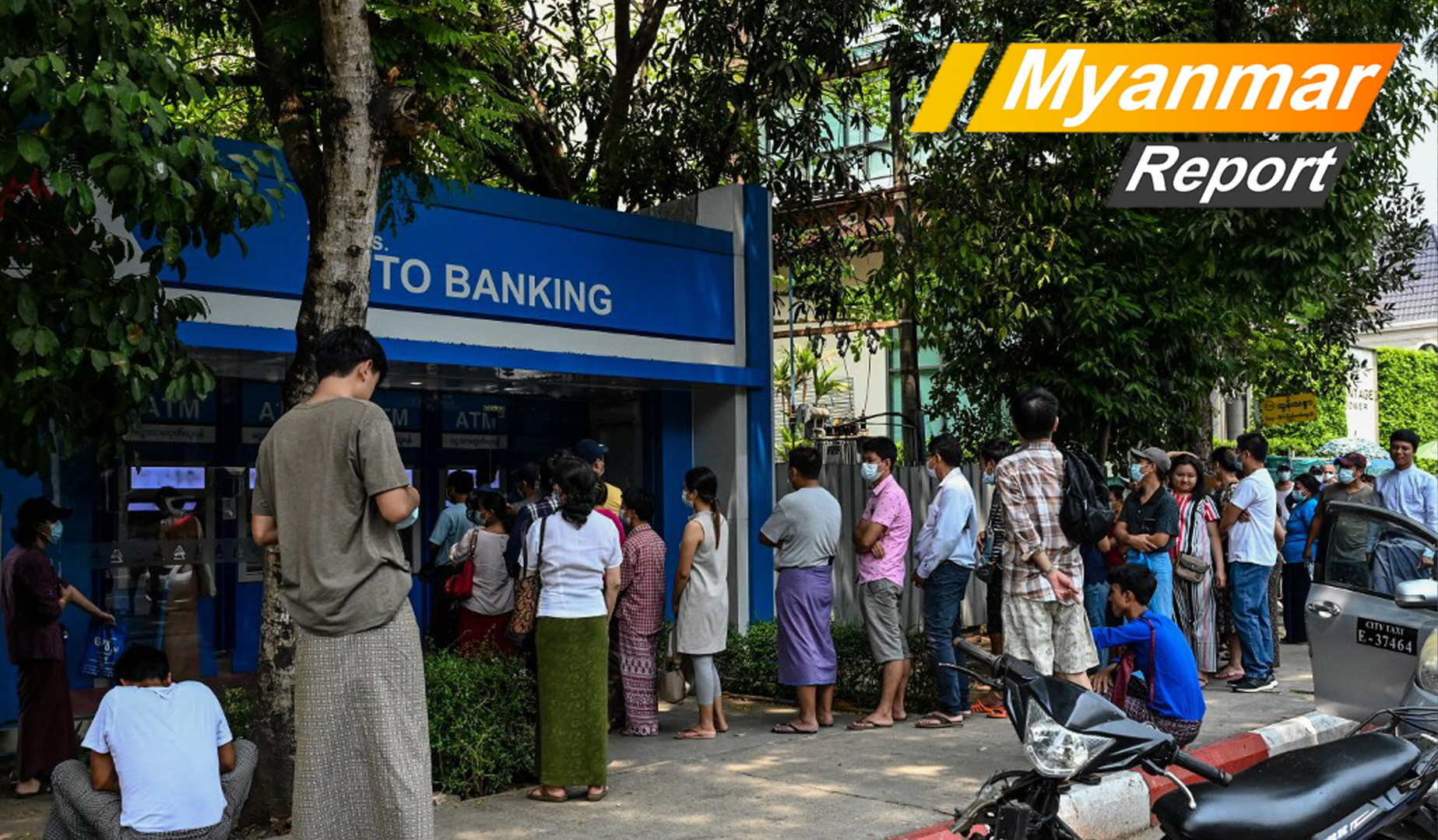 YANGON – Three months after the February 1st coup, by the Tatmadaw (military), Yangon is seeing a new kind of large gathering.

While anti-coup protests persist, lethal crackdowns, with hundreds killed and thousands detained, mean that most Yangonites no longer take part in mass rallies.

Instead, the impact of the coup on the already ailing economy can be seen at the ATMs, where most people are having to stand for hours on end, waiting for their turn to get some cash.

“I’ve been here twice this month already. Some people queue up since four in the morning, which is when the curfew is lifted. I cannot wake up at 4am, so I come as early as possible, around 7 or 7.30am, but that means I will have to queue for at least half a day,” said a middle-aged man who says he works for a logistics company.

As he spoke, more and more people were joining the line at Myanmar Plaza, a popular ATM location, as most private banks are now announcing, on a daily basis, the locations of the ATMs which the banks will be refilling.

He says that he has to take a day off work every time he comes here and there are even more people queueing at the weekends.

“Some people are lucky to have their employers pay them in cash but, for most of us, where the payrolls go through the banking system, we have to take it out of our accounts for use in daily life,” said the man, who also brought a small foldable chair, to make queueing a bit easier.

The political turmoil and ensuing instability caused the Kyat’s value against the dollar to plunge. In such times, people tend to convert their currency into something that is more reliable, usually gold or the US dollar.

“It is especially hard for us working people, who usually get paid in dollars. It used to be that, whatever amount of dollars we were paid, would be transferable to our accounts in Kyat or could be withdrawn in dollars. Now, as far as I know, all dollar accounts are essentially frozen. You can still transfer to other dollar accounts but you can neither deposit nor withdraw from them. It is a lot of time wasted for me, to find someone willing to buy dollars into their dollar account and then send Kyat into my Kyat account. Then I have to come here and queue up multiple times or pay ridiculous price-gougers to cash it all out at once,” said a woman in her late twenties, who works for a private law firm.

May 5 – Amidst reports of bomb blasts, arson, revenge killings, and other acts of violence, the military-run government announced that preparations are underway to reopen basic education schools throughout the country. (Daily round-up of the latest events in Myanmar by Thai PBS World correspondent David Tun.)

As uncertainties continue and fears of an imminent economic collapse grow, so black market profiteering expands, handing out cash and charging 2% to 10% as service fees, depending on the volume of cash.

“It’s like this. Each private bank has its own daily limit for withdrawals. For my bank, it is 300,000 Kyats (about 190 USD) per day and, as you know, there are people who are willing to queue up and sell their spots for some amount of cash, depending on their place in the queue. Since my bank’s daily limit is one of the highest, I actually save money by either queuing myself or by asking a family member to withdraw it by paying someone else for their spot. For customers of banks such as AYA Bank, they are in a tough spot. It only allows half my limit (150,000 Kyats) and scalpers know this, so they charge even more to cash a large amount at one go,” said a man in his early thirties, who says he works in the F&B industry.

KBZ Bank imposes a limit on daily withdrawals of 200,000 Kyat, while Yoma Bank’s limit is 300,000 Kyat, CB Bank is 200,000 Kyat and AYA is 150,000 Kyat. The banks also issued statements assuring their clients that they are striving to fulfill the needs of their customers.

Customers are also allowed to withdraw directly from banks, albeit with different variations of the appointment system across all private banks. While limits for direct manual withdrawals from banks are much higher than those for ATMs, and higher limits for companies or groups, there were many instances where the banks refused to cash out the requested sum in one go, asking customers to book another appointment for the remaining amount instead.

“I had no choice. I have no faith in the private banks. Sure, it is a different time from the past, but is historical precedence for private banks to go bankrupt or almost getting to that point. I’d rather just take my losses and cash it all out so that. At the very least, I will have a good portion of my family’s savings secure as cash in our hands. My family has easily paid 10 million Kyats total to withdraw our money in cash. Some still remains,” said a business owner from Seikkanthar Street in Kyauktadar Township.

More than a decade ago, it was considered normal for a Myanmar family to hide their cash in their own homes or convert it all into gold or other precious items. Since the opening up of the economy and under successive quasi-civilian to fully-civilian governments, led by the National League for Democracy, the banking sector prospered as citizens felt safer, even more profitable, to lock up their money as savings.

The banks are working to appear as reliable as possible, amidst all kinds of rumours. The Central Bank issued a statement on April 7th, urging the people to trust the banks to provide regular services, in attempts to deescalate the situation. It also said that it is supervising the banks, so that they can resume operations, allowing the resumption of some online banking services, which were suspended after the military junta blocked mobile internet access and some WiFi services.

In attempts to ease people’s fears and to get businesses going again, mobile data links have been restored, but it remains limited to banking apps and certain other local applications, on top of being unreliable.

“It’s scary. People are eyeing each other. They are in the line for hours and are restless. Many of those who are queuing up to sell their spots are not here just to make a quick buck. Many of them lost their jobs. There are a lot of people here and the tension in the air is palpable. Forget about COVID-19, people queuing up do not dare to leave any space between them, for fear of someone cutting in, which may spark an argument, which will definitely devolve into a brawl which will, in turn, attract the attention of soldiers stationed nearby. This is the situation that the military put us all in,” said a man in his early 50s, who had come equipped with a small stool, umbrella, water bottles, and some snacks.

There are at least 100 people ahead of him in the queue. 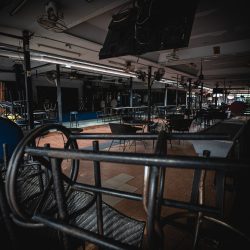 Bangkok extends closure of businesses, public venues and services until May 17th 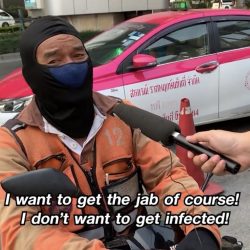