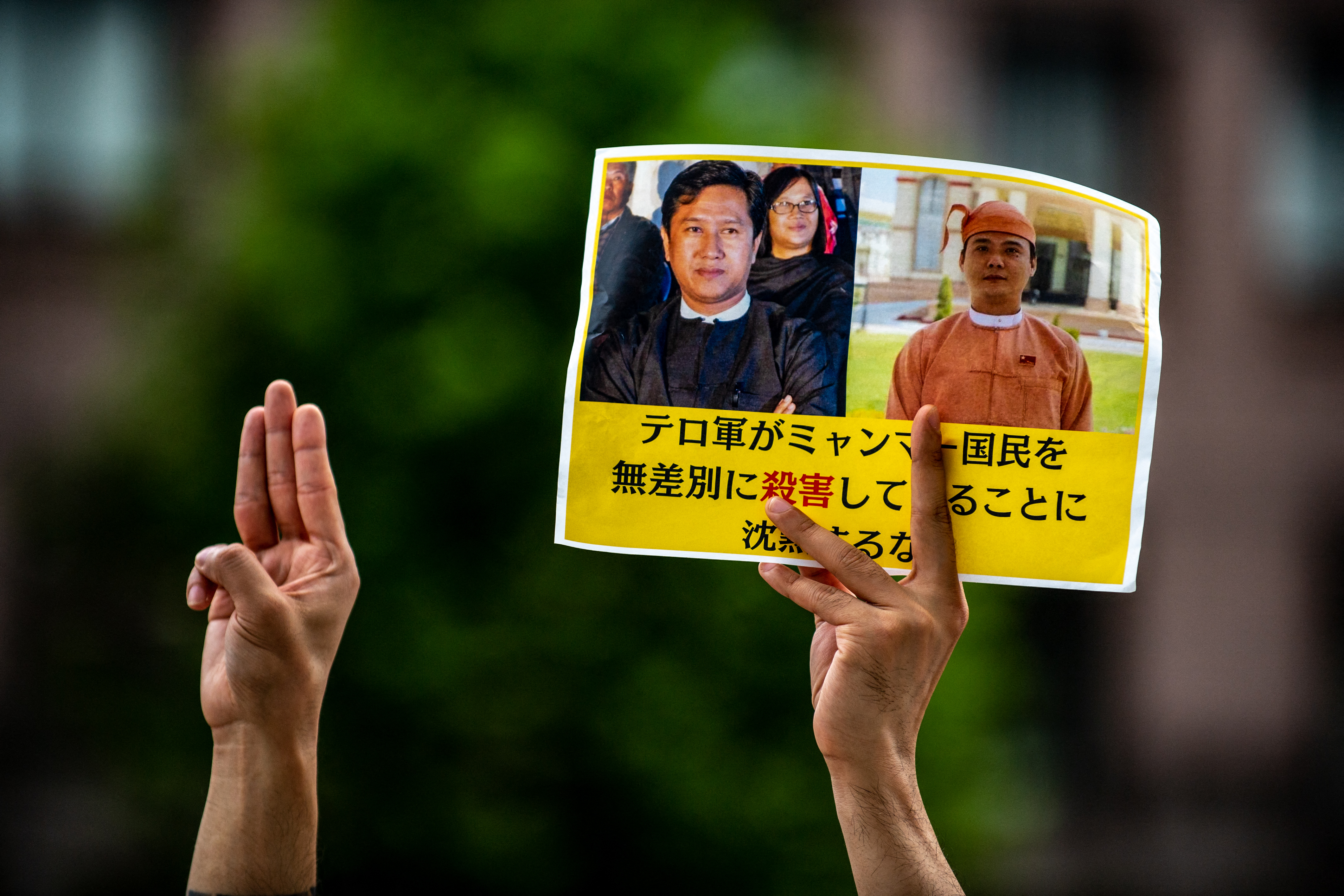 An activist takes part in a rally to protest against Myanmar’s junta execution of four prisoners, including including a former lawmaker from Aung San Suu Kyi’s party, outside the United Nations University in Tokyo on July 26, 2022. / AFP

Three more political prisoners have been executed in Yangon Region’s infamous Insein Prison, according to sources. The identities of the three are unconfirmed so far and they were executed almost immediately after Zeyar Thaw, Jimmy, Hla Myo Aung and Aung Thura were executed on July 23rd.

Sources from groups and individuals, who help political prisoners, confirm that inmate protests against the execution of the aforementioned four were brutally suppressed.

“It’s hard to say how many they will execute, when we will finally know. We know of at least three more. The cases of Zeyar Thaw and others was supposed to be a secret and they are looking for the source of the leak. Others are trying to find out, through their contacts in Insein Prison, right now,” said an anonymous former-political prisoner.

He added that there is a high chance of more executions in the following days.

According to the Assistance Association of Political Prisoners, there are 113 people who have been sentenced to death.

The executions by the military government, which have not been carried out for 30 years, were condemned by many other countries and international bodies, such as the UN.

Opposition to the military government, such as the shadow National Unity Government, have vowed justice. Anti-military armed forces, including urban guerrilla groups, have also issued statements denouncing such “heinous” acts and vowed retaliation.

The junta also sent police and military personnel into Yangon following the executions. They are reported to have been seen grabbing nearby pedestrians, arresting those who they claim have committed some form of violation or another.

Thai cabinet extends State of Emergency until end of September