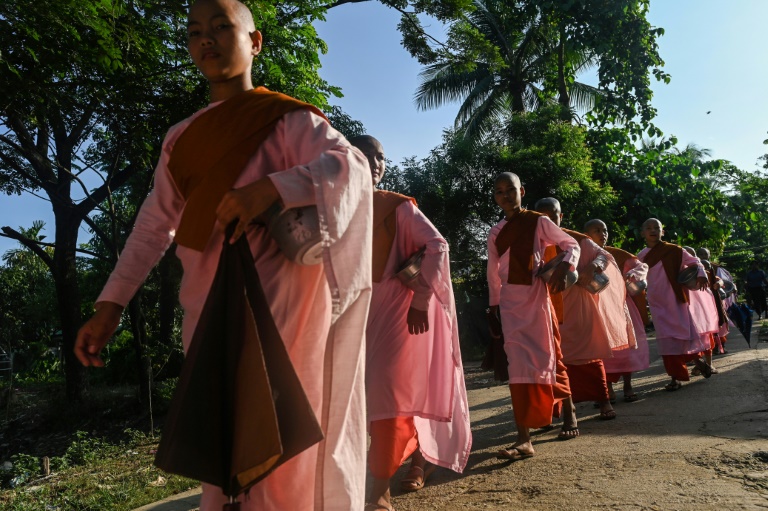 Teenager Dhama Theingi dreams of becoming an engineer and playing football, but for now she must rise for dawn prayers before pounding Yangon’s streets to collect alms as one of Myanmar’s growing number of child nuns seeking refuge from conflict.

With shorn heads and swathed in pink robes, the girls of Mingalar Thaikti nunnery sit cross-legged on wooden floorboards as they begin to pray, bleary-eyed and stifling yawns.

Darkness still blankets the impoverished Yangon suburb as their Buddhist chants compete with the whines and snarls of street dogs.

All of the nunnery’s 66 girls — aged between four and 18 — are from the Palaung ethnic group and were born in an area of eastern Shan state plagued by conflict between local rebel groups and the military.

“There was a lot of fighting,” Dhama Theingi, 18, told AFP, explaining why her parents sent her hundreds of kilometres (miles) from home nine years ago.

“It wasn’t easy to study and the schools were far away.”

The Buddhist-majority country’s borderlands have been plagued by conflict since independence, as ethnic insurgencies battle the state over autonomy and natural resources.

He said there are nearly 18,000 child nuns and novice monks attending monastic schools in the commercial capital.

Monastic life is often harder for girls than boys.

They are also commonly teased for choosing a monastic life as a last resort after failing to find a boyfriend or husband.

But the routine for both genders remains much the same, with the girls of Mingalar Thaikti rising at 4:00 am for two hours’ prayers before breakfast.

Two days a week they then criss-cross the neighbourhood to collect alms, chanting outside houses to receive spoonfuls of uncooked rice or small change.

Collecting enough money early is crucial as they use this to buy snacks or lunch.

In keeping with Buddhist traditions, both nuns and monks refrain from eating from midday until breakfast the following morning.

On other days the girls attend a school staffed by volunteers, following the national curriculum in Burmese.

Nobody speaks the language when they arrive, says head nun Wara Nyar Ni, who also joined as a child.

“But they’re not forced to stay,” she says, adding there are always girls to replace the handful who choose to leave each year.

Trips back home come rarely, if at all.

Khin Mar Thi, 17, was sent to the nunnery with her four sisters, and their parents simply cannot afford the journey for visits.

Like many who persevere with a monastic life until the end of high school, she has resolved to remain a nun rather than returning to the secular world.

But even Khin Mar Thi confesses to the odd pang of envy when she sees normal teenage girls.

“I sometimes wish I could be beautiful like them,” she says, adding she also misses her parents.

Dhama Theingi, however, is itching to leave and start training as an engineer — if she obtains the grades.

“There are lots of things we can’t do as nuns and it really annoys me,” she says.

Her passion is football, yet she has not played for a year and a half because doing sport as a nun is frowned upon.

“I just love scoring goals,” she says with a smile, adding that she — like many in football-mad Myanmar — roots for Manchester United. 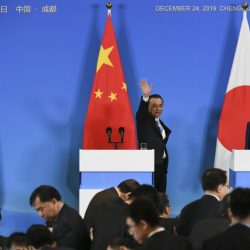 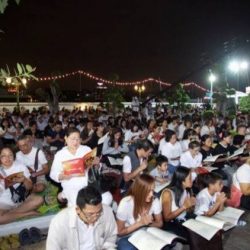