There are an estimated 300,000 boxers under the age of 15, according to Thailand’s Professional Boxing Association but some medical experts are calling for a ban on minors boxing, saying it could cause brain damage while the only requirement for child boxers at present is parental consent. But 9-year-old Tata wants to punch his family over the poverty lines with this sport.

The nine-year-old Thai kickboxer, Pornpattara “Tata Por Lasua” Peachaurai is eager to get back in the ring after coronavirus brings his fight season to a stop, money earned from fighting is his family’s vital income.

Tata’s last fight was five months ago, with contact sports like boxing taking a hit from bans on gatherings reimposed after a second COVID-19 outbreak emerged in Thailand in December.

He lives with his mother and his 16-year-old sister, Poomrapee, who is also a boxer with the national youth team.

In 2018, Tata was due to fight in the same tournament where a 13-year-old boy died of a brain hemorrhage after being knocked out in the ring. Sureeporn said the referee had been too slow and failed to intervene.

Adisak Plitponkarnpim, director of the National Institute of Child and Family Development at Thailand’s Mahidol University, is part of a research team that took head scans of 250 child boxers, some of which he said showed extensive damage that could impact intelligence levels and brain development.

Some Thai lawmakers have sought to ban boxing under the age of 12, but a draft bill failed to reach parliament and would likely have faced resistance due to its popularity and revenue generated. 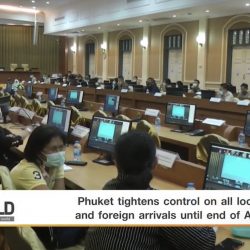 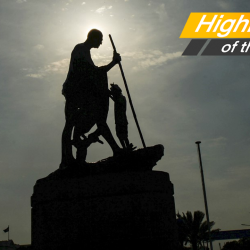