Ms. Pareena to be told to return 109 hectares to Ratchaburi land reform office

The Ratchaburi provincial Office of Land Reform for Agriculture will next week serve a notice on Palang Pracharat MP Pareena Kraikupt to return 109.12 hectares of Sor Por Kor (land reform) land to the office within seven days or face criminal charges and seizure of the land.

Mr. Weenarote Sapsongsterm, secretary-general of the office, said today that the fact-finding committee, set up to investigate Ms Pareena’s case, had found that the land was given to her by her father, former Ratchaburi MP Thawee in 2005-2006.

He said, however, that Ms. Pareena never had the right to occupy the land because she is not a farmer, but an executive of a private company.

Mr. Weenarote maintained that the office had handled Ms. Pareena’s case fairly and like any other case of encroachment on Sor Por Kor land.

Yesterday, officials from the Royal Forest Department went to Ms. Pareena’s poultry farm with an order to seize a smaller plot of land, 7.36 hectares, which was found to encroach on national forest reserves in Tambon Rang Bua, Chom Bung district of Ratchaburi. 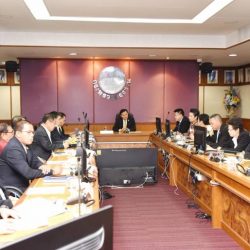 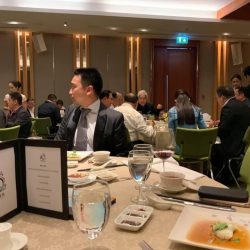