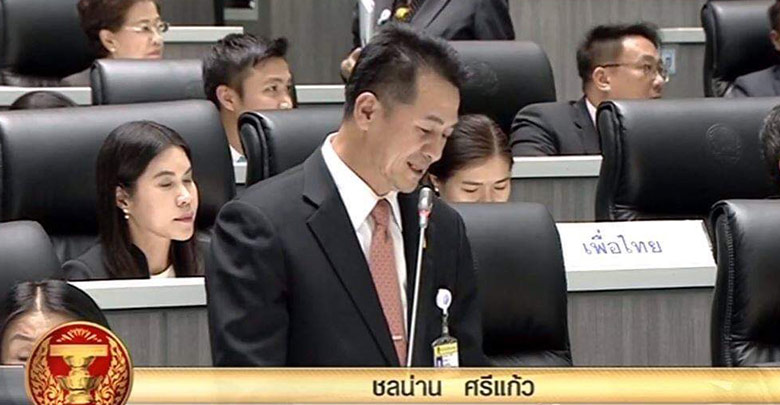 Members of parliament scrambled for face masks in the middle of the censure debate this evening (Wednesday) when they learned that a fellow MP, from the government Palang Pracharat party and who was among them, had recently returned from a visit to Japan, one of the COVID-19 high-risk countries.

Pheu Thai MP Dr. Cholnan Srikaew sought permission from the House Speaker for a consultation, saying that one Palang Pracharat MP, who had been in Japan, had also been attending the censure debate over the past two days.

Although the unidentified MP maintained that he had been cleared by doctors and had no symptoms, Cholnan said that the MP should be quarantined for 14 days and should not have attended the House meeting.

He sought advice from the House Speaker, saying that he didn’t want his colleagues in parliament to panic, adding that there were not enough face masks for all MPs present.

Cholnan’s statement prompted Palang Pracharat MP Atthakorn Sirilatthayakorn to come to the defence of his colleague, saying that the MP in question returned to Thailand 16 days ago and has been cleared by doctors, adding that the MP has merely been suffering from common flu and has been advised to stay away from the meeting chamber as much as he can, apparently contradicting the statement by the MP in question.

Another Pheu Thai MP, Mr. Chaturong Pengnorapat, said the issue was raised with good intention towards fellow MPs, adding that he wanted the House Speaker to clarify the measures to be adopted in such a case.

Parliamentary officials later distributed face masks to all the MPs, with some suggesting that the House chamber should be fumigated.

Palang Pracharat MP Veerakorn Kamprakob said, however, there was no need to distribute masks now because the MP in question was seated behind him and, if he was actually infected, several MPs would have already contracted the disease. 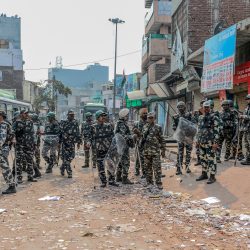