Prime Minister Gen Prayut Chan-o-cha on Wednesday said he will order a probe into an allegation by an opposition MP that government’s security agencies are behind a network of social media that have been waging a cyber war against critics of the government and the military by spreading fake news and damaging materials against them.

Prayut insisted that his government has no policy to direct its agencies to slander its critics as accused.

“I myself have been a victim of such conduct,” he said in a short interview with the media in response to charges by Viroj Lakkana-adisorn, an MP of the now-defunct Future Forward Party.

Deputy Prime Minister Gen Prawit Wongsuwan declined to comment on the issue when asked by reporters. “The prime minister himself will respond to that,” he said.

Viroj made the charges while speaking during the no-confidence debate on Tuesday night that targeted Prime Minister Prayut who is also defence minister.

He singled out a website, pulony.blogspot.com, which has been posting comments and information critical of human right activists active in southern Thailand. He said the website is linked to a network of social media which routinely re-post its contents.

Among human rights activists often targeted by the website are Angkhana Neelapaijit, a former human rights commissioner, and academics critical of the government’s handling of the situation in the region.

Some of the items on the website insinuated that they were either sympathetic or associated with the insurgents responsible for unrests in the south.

Viroj described these websites as part of the so-called information operation waged by the Internal Security Operation Command (ISOC), the country’s top intelligence and security body under the direct command of the prime minister against critics of the military and government.

“The purpose is to denigrate these people. To sow seeds of hatred,” he said.

Viroj claimed that the work of pulony.blogspot.com was listed as part of its mission in information operation of ISOC in its official report.

Viroj also unveiled what he claimed to be copies of reports of army units that list results of their information operation on the social media targeting critics of the government and the military.

Their targets include prominent politicians, academics and political activists. The reports also allegedly give instructions to army operatives on how to create fake webpages or social media accounts to avoid being exposed.

Viroj also played an audio clip in which a person claiming to be army operative described how he was made to post messages in social media in defence of the government and to attack its critics.

Prime Minister Prayut has yet to respond to the charges in the House. 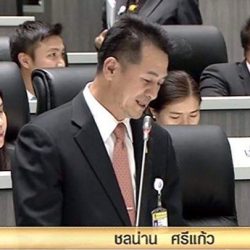 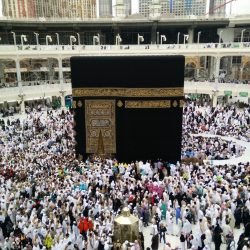