More than 1,300 detained in anti-mobilisation protests across Russia – rights group 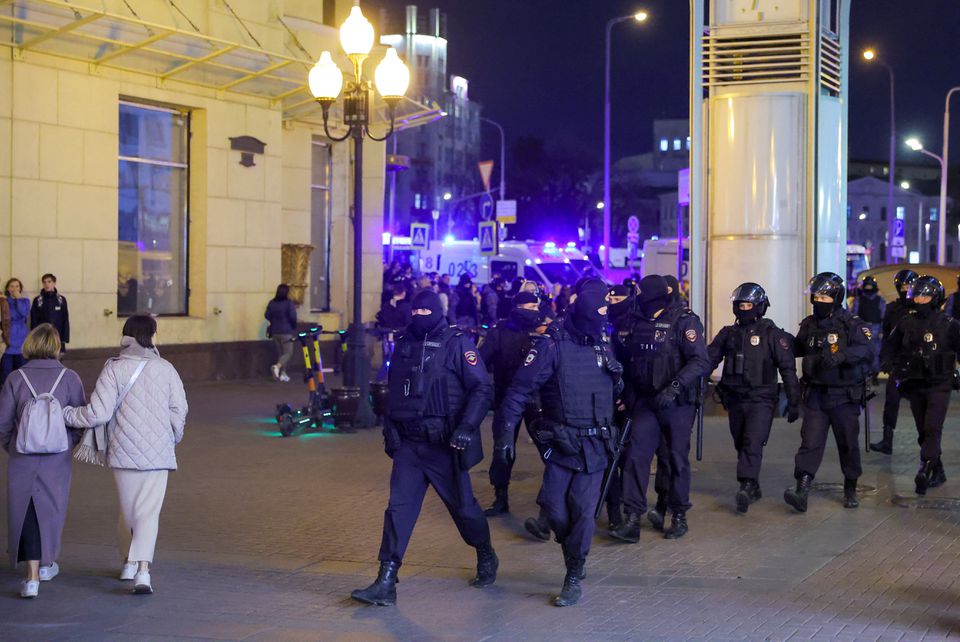 The independent OVD-Info protest monitoring group said that according to information it had collated from 38 Russian cities, more than 1,311 people had been held by late evening.

It said those figures included at least 502 in Moscow and 524 in St Petersburg, Russia‘s second most populous city.

“In a number of regions, there were attempts to stage unauthorised actions which brought together an extremely small number of participants,” Volk was quoted as saying.

“These were all stopped. And those persons who violated laws were detained and taken to police stations for investigation and establish their responsibility.”

One-way flights out of Russia were rocketing in price and selling out fast on Wednesday after Putin ordered the immediate call-up of 300,000 reservists.