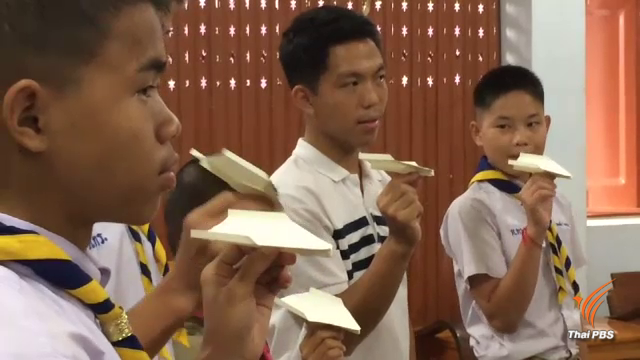 Mong Thongdee’s hope of getting Thai citizenship is one step closer to reality as he has now received three letters of certification which are crucial in proving his contributions to the Thai society.

Mong, 21, who was born to a family of Myanmar migrants, gained national attention back in 2009  when he became a national paper plane champion before winning the third place at an international competition in Japan the same year.  At the height of his fame, he was promised Thai citizenship by politicians and bureaucrats but nothing came about.

Mong told Thai PBS that he has received letters of certification from Thai PBS managing director Associate Professor Vilasinee Pipitkul,  Abhisivit Vejjajiva who was prime minister in 2009, and  Khunying Kalaya Sophonpanich, minister of science and technology at the time.

Mong said he felt very encouraged after having received the three letters of certification, but he wasn’t sure whether they would be acceptable or not by the Interior Ministry.   He added that he was awaiting a formal letter from the Ministry of Science and Technology which should be most acceptable because it was the ministry which sponsored their competition in Japan then.

Approached by Thai PBS, Mrs Kannikar Chern of the Science Museum Organization, said that she would discuss with the National Science and Technology Development Office which sponsored the competition about which agency should issue the letter of certification on behalf of the Ministry of Science and Technology.

She said she didn’t think there should be any problem, adding that Mong had led his school teams to join the paper plane competitions during the science week events.

To qualify for Thai citizenship, Mong needs to demonstrate that he has done good deeds and made contributions to the country. Vilasinee of Thai PBS confirms that Mong  has assisted with the public broadcaster’s training course in drone photography and in using drones to take aerial pictures for its drone competitions. 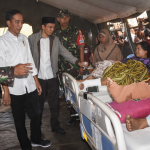