At a regional mobile phone media conference in Bangkok today (Friday), veteran journalists shared their ideas and experiences pioneering mobile journalism, made possible by rapid advances in communication technology, which offer a good opportunity for journalists to get their stories to a wider audience.

Ms. Rajini Vaidyanathan, BBC NEWS South Asia Correspondent, said that the smart phone revolution provides reporters with an increased number of platforms on which to distribute news. It, therefore, requires a multi lingual and multicultural approach as well.

Ms. Rajini, however, raised the challenges presented to journalists by this continually advancing medium, just one of the growing quantity of news outlets they have to serve, making support from their team members essential.

Mr. Umashankar Singh, of NDTV, explained how he has transitioned from bulky television cameras to mobile phones in recent reporting, and his equipment can now fit his belt bag

Although he does not see conventional television being replaced by mobile journalism in the near future, he still opts for mobile because of financial restraints and mobility. Mr. Umashankar said that he can go anywhere and single handedly report live in emergency situations, and he has been doing that for more than 24 years, adding that he requires no support and uses only two mobile phones in the field.

“Mobile phones are best when reporting in crisis situation, which are inherently dynamic,” he said.

Meanwhile, female reporters in South Asia have been facing the challenges of reporting from areas where the freedoms and expectations of women’s role is governed by culture and religion. Ms. Henna Saeed, a photo journalist from Pakistan, said that reporting from Pakistan is not easy for a woman for these exact reasons.

A major obstacle to mobile reporting is the lack of cellular network coverage, which is nonexistent in the large, remote parts of the region. There is also the challenge of having enough mobile power, which must be available 24/7 when away from base.

She explained that mobile journalists can serve both conventional television and social media, depending on the story’s location, nature and the urgency. If the situation requires prompt reporting, mobile phones are the best option.

Ms. Rabia Noor said female reporters in Pakistan are trying to break stereotypes with mobile phone news coverage, although working in this area can be especially risky for women.

Meanwhile, Ms. Ruth Cabal, senior TV anchor for CNN Philippines said that she attended this conference because mobile journalism is the future of news reporting globally and Mr. Raffy Tima, news producer for GMA Network, said this event provides a good forum in which journalists can share expertise and experience in this new media reporting.

The event was held at the Novotel on Sukhumvit Soi 20, and was attended by over 200 journalists from around Asia. 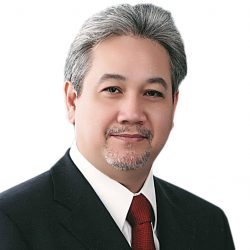 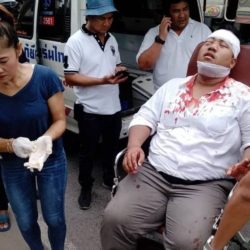