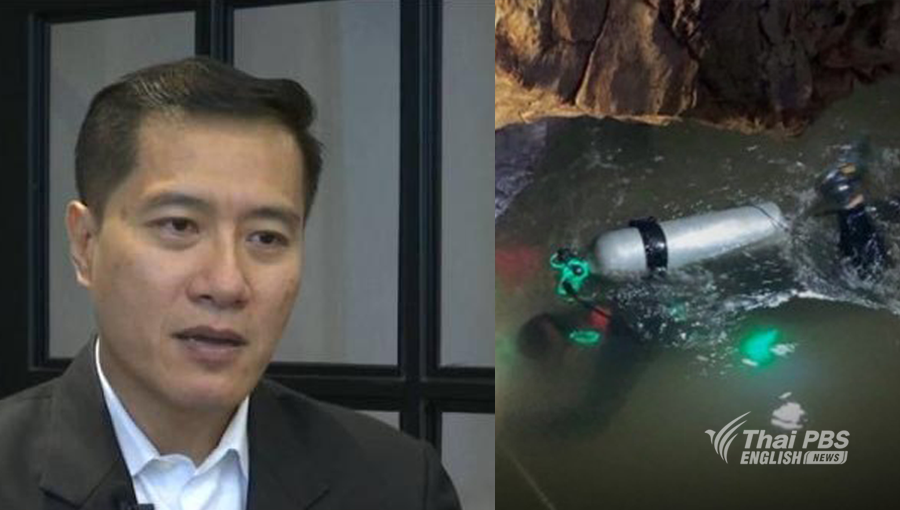 International rescuers, British cave divers in particular, played as much a crucial role as the Thai Navy SEALs in the successful search and rescue of the 12 Wild Boars footballers and their coach from deep inside the Tham Luang cave in Chiang Rai’s Mae Sai province.

But how many of us knew how these top-notch rescuers came to Thailand to take part in the mission that most of them were unsure that it would be 100 percent successful?  Who was responsible for bringing them together?

Shedding the light to the two questions, Tourism and Sports Minister Weerasak Kowsurat said that bringing together these world-class rescuers was as much a matter of pure luck as the rescue operation which was a matter of skills of both the Thai Navy SEALs and the international team of rescuers.

According to Mr. Weerasak, it all started with British cave diver Vernon Unsworth, a long-time resident in Chiang Rai, who suggested that British cave divers should be brought in to help and he knew one of them, Robert Harper, who used to explore Tham Luang cave not long ago.

Weerasak said he unhesitantly asked Vernon to call Harper by Facetime.  “Khun Rob was still in his unbuttoned pajamas on the bed.  I told him I am a minister speaking on behalf of the Thai government.  I asked him whether he was following the news about the boys trapped in the the cave and he said he did.  Then I asked would he come to help if the Thai government invited him as we were racing against time.  He said yes without hesitation,” said the minister.

Weerasak recalled asking Harper how soon he would be arriving to Thailand.  “He said it would depend on how we arranged for his air ticket.  Then I told him you just hang up the phone and immediately go to the airport and I would arrange the rest.  At the time I didn’t know how to do.”

He went on saying that Mr. Harper then asked him to make a formal request for help from the British government, noting that he is just a civilian.

Weerasak said then he made a phone call to Deputy Foreign Minister Veerasak Futrakul who was then in Hong Kong with Deputy Prime Minister Somkid Jatusripitak to contact the British government asking for three cave divers to be sent to Chiang Rai.  He added that he then had the names of the three divers written in a piece of paper sent from Interior Minister Anupong Paochinda.

The minister said he then asked for an A4 paper from a SEAL member and jotted down the names of the three divers and a letter of request and had it sent by his smartphone to the deputy foreign minister in Hong Kong.

As for the air tickets of the three divers, he said he then contacted Transport Minister Arkhom Termpittayapaisit.

“After 20 minutes, the air tickets were ready and I didn’t know then who would pay for the tickets,” said Weerasak, adding he told Harper to deposit their equipment in a separate smaller container so that they could reclaim them without wasting too much time when they arrived in Thailand.

He disclosed that it took altogether about 24 hours from the time he talked with Harper and the three divers arrived in front of Tham Luang cave.

Weerasak said he was told by a “phuyai” who suggested him to contact the US government saying that they have pulse detection equipment which was used during the tsunami attack in southern Thailand about a decade ago.

He then quickly contacted the deputy foreign minister to seek help from the US and a rescue team soon arrived in Chiang Rai airport from Okinawa. 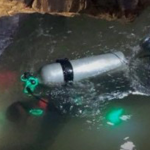