Thailand’s Natural Resources and Environment Minister Woravuth Silpa-archa has told officials not to jump to the conclusion that wildlife, missing from Songkhla zoo, were stolen and sold to black market traffickers until there is credible evidence.

Woravuth said he would rather wait for the results of the investigation by a fact-finding committee, headed by Chavalit Chukachorn, the Chairman of the Zoological Park Organization of Thailand.

Two white barking deer went missing from the zoo, in the southern province of Songkhla, in February and September. The horn of a dead white rhino also went missing and it is suspected that it was sold to wildlife traffickers, because it is in high demand as traditional medicine and can fetch very high price.

The Minister further said that several macaws also disappeared from the park some time ago.
Woravuth has assigned his secretary to attend the funeral of Suriya Saengpong, director of the Zoological Park Organization of Thailand, in Songkhla province.

Suriya was shot dead by Phuvadol Suwanna, Chief of the Conservation and Research Section of the Songkhla Zoo, at the zoo’s office last Saturday. Suriya was conducting an investigation into the missing wildlife.

Phuvadol, one of the officials under investigation, who had been transferred out of the zoo pending the outcome of the probe, was later found dead at his lodging in the compound of the zoo in an apparent suicide.

Police in Songkhla province also launched a separate investigation into the murder and the missing wildlife. 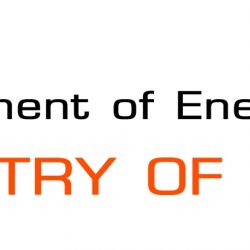