Deputy Prime Minister Wissanu Krea-ngam hinted today that the much-awaited election could be held on March 24.

He described March 24 as the “most suitable date” for the election as it would give political parties ample time to campaign and would not overlap with the university entrance examinations.   Wissanu’s remark is the clearest sign so far as to when the election will be held.

He said March 10, which has been proposed as an alternative election date, would be too close and would give political parties a limited campaigning period while March 17 would overlap with the examinations that would involve hundreds of thousands students — many of whom would be eligible voters.

However, he insisted that fixing the election date and how to handle the voting process is the direct responsibility of the Election Commission.

Meanwhile, sources in the Election Commission said that the majority of the commission also lean toward March 24 as the most likely choice for the election.

The sources said the EC wants to keep the 150-day timeframe as stipulated in the Constitution to avoid any possible legal complications that could jeopardize the election process.

The Constitution requires a general election to be held within 150 days after the law on MPs election was promulgated on December 11 last year.  There have been conflicting interpretations of the timeframe, with some insisting that it involves only the voting itself while others argue that it encompasses the whole voting process, including the endorsement of its results by the EC.

The sources said the EC apparently wants to be on the safe side by trying to have the election results endorsed and officially announced by May 9 which is the deadline under the Constitution.

Several legal experts and politicians have warned that the whole election process could be nullified if the May-9 deadline is not met.  They subscribe to the argument that the 150-day timeframe includes the endorsement of the election results – not just the election itself.

Prime Minister Gen Prayut Chan-o-cha said on Wednesday that the election will definitely be held by May 9 but stopped short of committing to a specific date.

The EC has been insisting that it cannot possibly fix an election date until the royal decree on MPs election is published in the Royal Gazette. 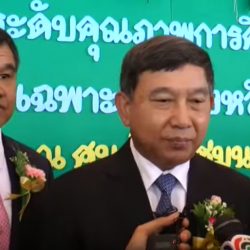