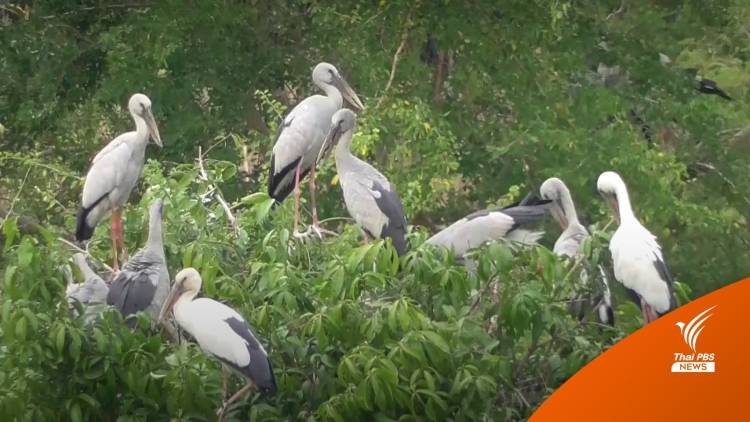 The owner of a 20-hectare mango plantation in Sawaeng Ha district of the central province of Ang Thong has put it on the market, and the sale includes tens of thousands of Asian openbill storks (Anastomus oscitans).

43-year-old Kannikar Supradit told Thai PBS that, for the past three years, she has been fighting with the birds to no avail, as they now occupy almost every mango tree in the plantation and damage the fruit, causing her about half a million baht in lost revenue per year.

Since the flooding in October, she said that the birds have taken to roosting on the roof of her house and their droppings emit a foul odour, making living in the house almost intolerable.

About three years ago, Kannikar said she raised the problem with officials of the Department of National Park, Wildlife and Plant Conservation, based in Saraburi province, who recommended that she fell all her mango trees, to deny the storks their roosts.

She did cut down some dying trees, but the birds didn’t go away and kept multiplying. She said she has given up hope of saving her plantation and wants to sell the land to anyone who is interested.

Dr. Kaset Sutacha, a veterinarian and president of the Bird Conservation Society of Thailand, explained that openbill storks used to be migratory birds, but have now become a permanent fixture in most parts of Thailand, including Pathum Thani, Chachoengsao, Ang Thong and Phetchaburi, because the rice fields there are rich with snails, making perfect feeding.

He said that Thai farmers love the birds, because they help get rid of the snails, which threaten rice plants, but fruit orchard owners do not like them because their droppings are acidic and, in sufficient quantities, can kill the trees.

Since the openbill stork is a protected species, Dr. Kaset said that the only means to get rid of them is to chase them away.

Hunting, trading or exporting a stork can result in imprisonment of four years and/or a fine of 40,000 baht.

He said that some orchard owners hang used CDs on tree branches, hoping that the reflected sunlight will disturb the birds, while others have resorted to spotlights or water jets from powerful sprinklers to disturb their sleep, until they get fed up and fly away. 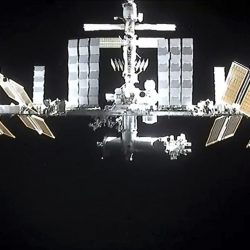 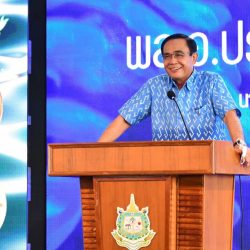