A Malaysian court on Wednesday upheld former premier Najib Razak’s conviction on corruption charges over a multi-billion dollar scandal at state fund 1Malaysia Development Bhd (1MDB), dealing a blow to his hopes of a political comeback.

Najib was appealing a 12-year prison sentence and $50 million fine imposed by Kuala Lumpur High Court last year for criminal breach of trust, abuse of power and money laundering, one of five trials he is facing over corruption allegations.

The 1MDB case, which a U.S. attorney-general described as the worst form of kleptocracy, has cast a shadow over Malaysian politics since questions about the fund first emerged years ago.

U.S. and Malaysian authorities say $4.5 billion was believed to have been stolen and more than $1 billion made its way into Najib’s personal accounts.

Najib has consistently denied wrongdoing and pleaded not guilty at the trial last year though the court found he had illegally received about $10 million from SRC International, a former unit of now-defunct 1MDB.

Court of Appeal Judge Abdul Karim Abdul Jalil, who led a three-member panel on the decision, said they agreed unanimously with the high court on Najib’s conviction and sentencing, and dismissed his defence that all his actions regarding SRC were in the national interest.

“There is no national interest here, just a national embarrassment,” Abdul Karim said.

The judge also said the evidence showed Najib knew or had reason to believe the funds in his accounts were proceeds of illegal activities and had failed to take steps to determine them as such.

Wearing a black suit, Najib showed no emotion as the judgment was read out and was seen taking notes occasionally during the hearing.

His appeal has been closely watched amid fears that ruling party leaders facing criminal charges could secure leniency after the return of Najib’s party, the United Malays National Organisation (UMNO), to power in August.

Najib has been free on bail pending the appeal, and Abdul Karim agreed to his request to be released on bail again and stayed the sentence.

At a virtual briefing after the verdict, Najib said he was disappointed with the decision and would appeal at the Federal Court, Malaysia’s top tribunal.

Najib faces a total of 42 criminal charges and five trials, including the SRC case, but remains influential and has been eyeing a political comeback, telling Reuters in September he has not ruled out seeking re-election to parliament.

He remains a lawmaker despite the conviction but the constitution bars him from contesting elections unless he gets a pardon or a reprieve from the country’s monarch.

Adib Zalkapli, director of political risk consultancy BowerGroupAsia, said an acquittal would have given Najib the chance to reclaim the top job.

“But with the court’s decision to uphold the guilty verdict, he has to wait a little longer before he could potentially make a credible comeback,” he said.

Polls are not due until 2023 but analysts have said they could be called as early as the middle of next year, when a cooperation pact signed between the government and the opposition expires.

Asked if he would contest the next election, Najib told the news conference: “We will cross the bridge when we come to it.” 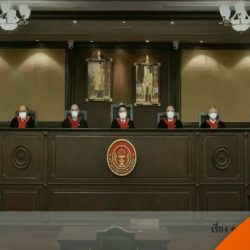 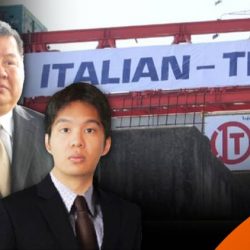