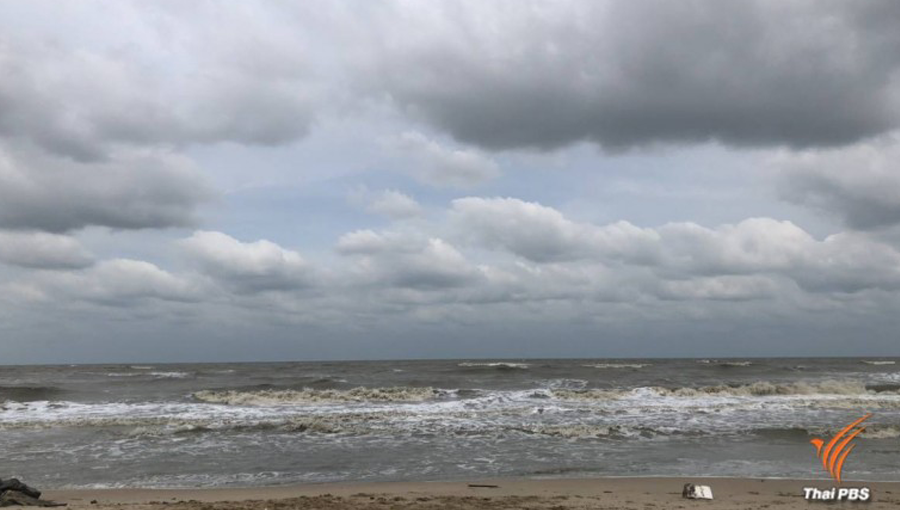 Fifty-seven years after the deadly tropical storm Harriot struck Ban Laem Taloompook in Pak Phanang district of Nakhon Si Thammarat and left behind a trail of deaths and destruction, it looks very likely that another tropical storm, known as Pa Buk, will revisit this fishing village tomorrow night.

The Hydro and Agro Informatics Institute said today that from its latest forecast and that of the Joint Typhoon Watch Centre (JTWC), Pa Buk will make landfall in Ban Laem Taloompook and roar through Surat Thani before heading for the Andaman Sea in Ranong province instead of in area between Surat Thani and Chumporn provinces as earlier forecast.

It said that Pa Buk was packed with wind speed of about 90 kph which, occasionally could peak to about 120 kph as it approaches Laem Taloompook tomorrow night.

The storm will cause heavy rain from tomorrow until Sunday in Surat Thani, Nakhon Si Thammarat, Prachuab Khiri Khan and Chumporn, it added.

There was no early warning system to alert villagers 57 years ago when Harriot slammed into Laem Taloompook on October 25, 1962 and washed away almost the entire village of some 4,000 people.  The storm also affected over 10 other provinces but with less destruction.  Death toll was put at 911 and 142 were reported missing and over 200 seriously injured.

From its weather simulation model, HAII said that Pa Buk would whip up waves as high as 3-5 metres and sea water by about three metres higher as it will be heading for the mainland.

A massive storm cloud is now covering the lower part of the South and this will cause heavy up to very heavy rain.