Malaysian Prime Minister Dr Mahathir Mohamad said Friday that he hoped to shame the powerful countries in the United Nations into agreeing to reform their outdated veto powers in the UN, the New Straits Times reported.

Mahathir said the powerful countries should be told that they cannot urge regime change in other countries when they won’t even provide for some democracy in the world body.

“It’s not a nice thing, it’s hypocritical. On the one hand you say they all must be democratic, you cause regime change and lots of civil wars in order to achieve democracy.”

“But here (in the UN) all you have to do is to give up your veto power but they are not happy to do so,” Mahathir said at a media conference at the United Nations headquarters after delivering his address the UN general assembly in New York on Friday.

He was responding to a question on what he hoped would come from his call for the UN veto system to be reformed, since his previous calls for a reform of the veto system had not yielded the desired results.

In his address at the UN general assembly, Dr Mahathir had called for an end to the dominance in the world body of the five permanent members of the UN Security Council, namely China, France, Russia, Britain and the US, which each having veto powers.

Mahathir said he had suggested that the veto should not be by just one permanent member but by at least two powers backed by three non-permanent members of the Security Council.

The General Assembly should then back the decision with a simple majority.

The prime minister had made a similar suggestion when he last addressed the UN general assembly in 2003. 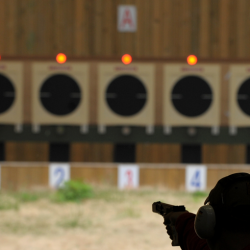 Tourist shoots self at  shooting range in Phuket 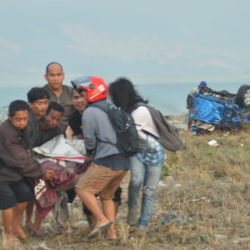