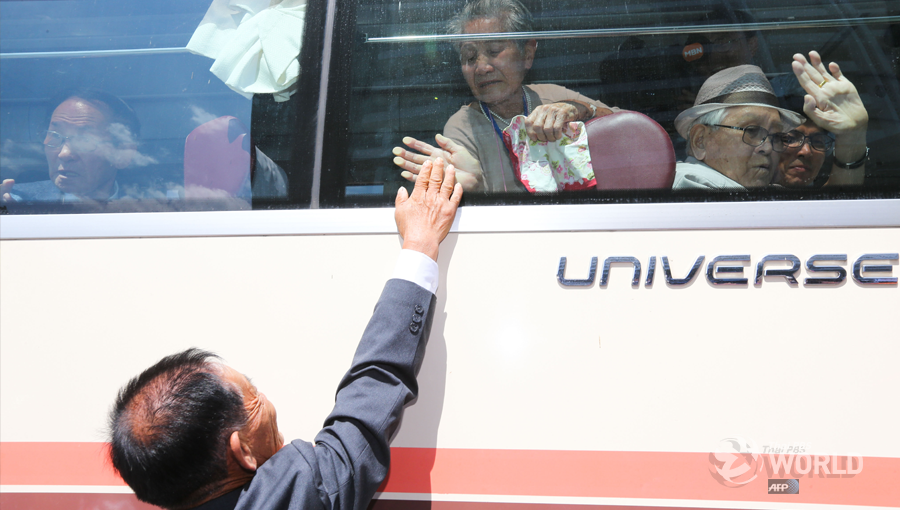 South Korean Lee Geum-Sum, 92,  waves to her North Korean son Lee Sung-Chul, 71, as she is leaving on a bus after a three-day family reunion meeting at the Mount Kumgang resort on Mount Kumgang, North Korea on August 22. Almost a hundred South Koreans crossed the heavily armed border to meet their separated families for the first time since the 1950-53 Korean War, during a family reunion at North Korea. A total of 88 people from North Korea are also permitted to meet their families in the South during the six-day event which starts on August 20 at Mount Kumgang, north of the border between North and South Korea. 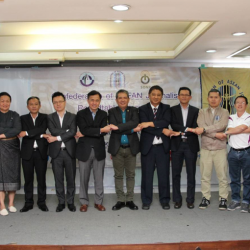 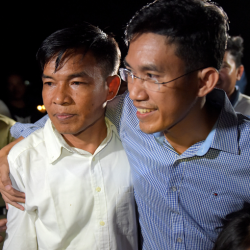