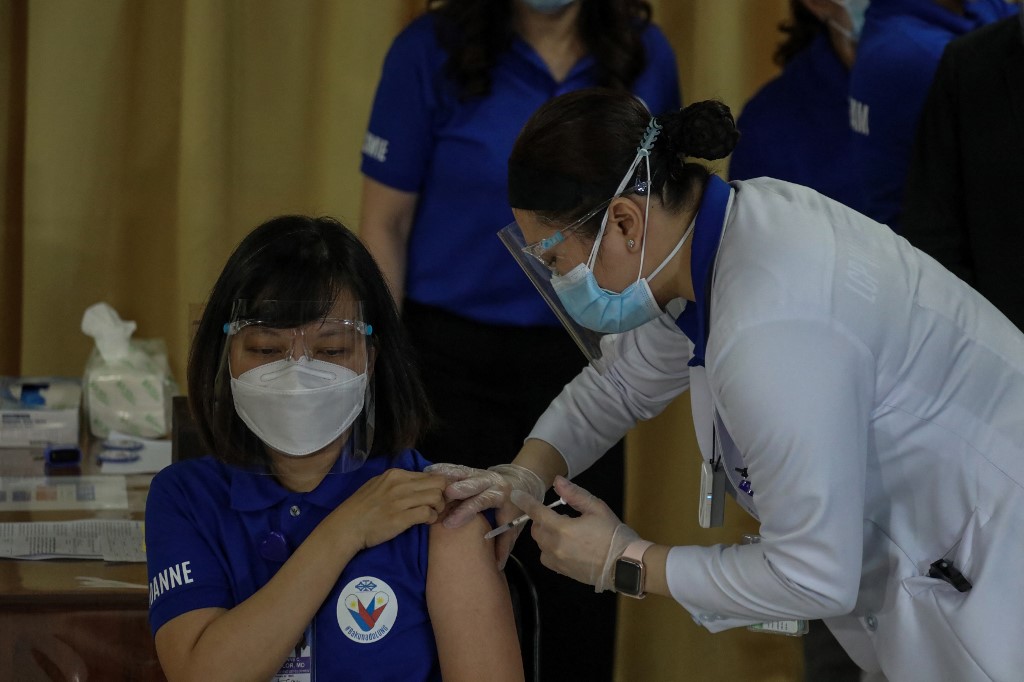 A health worker receives the first Sinovac vaccine against the Covid-19 coronavirus disease at the Lung Center of the Philippines in Manila on March 1, 2021. (Photo by MARIA TAN / AFP)

The Philippines launched its Covid-19 vaccination drive on Monday, with health workers, soldiers, police and government officials first in line to get donated Chinese jabs despite concerns over their effectiveness.

Key aides of President Rodrigo Duterte, who were among hundreds to get jabs, described getting inoculated as a moral duty.

The rollout started at six Manila hospitals a day after the government, under fire over delays in vaccine procurement, received 600,000 donated doses from Beijing.

“It kindles hope that, after nearly a year in darkness, the light is back on,” said presidential spokesman Harry Roque.

The Philippines has recorded more than 576,000 virus cases and 12,000 deaths, with infections at a four-month high as the vaccine rollout began.

The donated doses represent a fraction of the shots Manila has been negotiating with seven manufacturers to secure.

The bulk of the supply is not expected until later this year.

But the challenge is not limited to stock.

Low public confidence in vaccines remains after the country became the first to deploy the dengue vaccine Dengvaxia in 2016.

A botched rollout led to unfounded claims that several dozen children had died from the jab, and recent surveys showed almost half of the population were unwilling to be inoculated against coronavirus.

Duterte’s chief vaccine negotiator Carlito Galvez lashed out at critics who he said were spreading “fake news” that the Sinovac jab, called CoronaVac, is no good.

“Getting a jab is a moral obligation for everyone. We must not wait for the so-called best vaccine because there is no such thing,” he said.

CoronaVac only obtained regulatory approval for emergency use days before the doses arrived, and the regulator initially did not recommend it for healthcare workers due to its comparatively low efficacy.

The government later allowed it to be offered to those willing to take it, but many nurses and doctors have opted to wait for other vaccines. 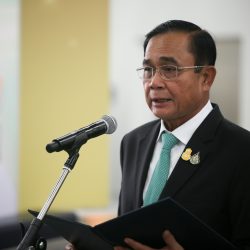 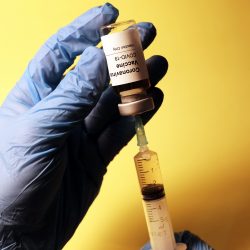 319 Thais injected with Sinovac vaccine on Sunday, no severe side effects case yet