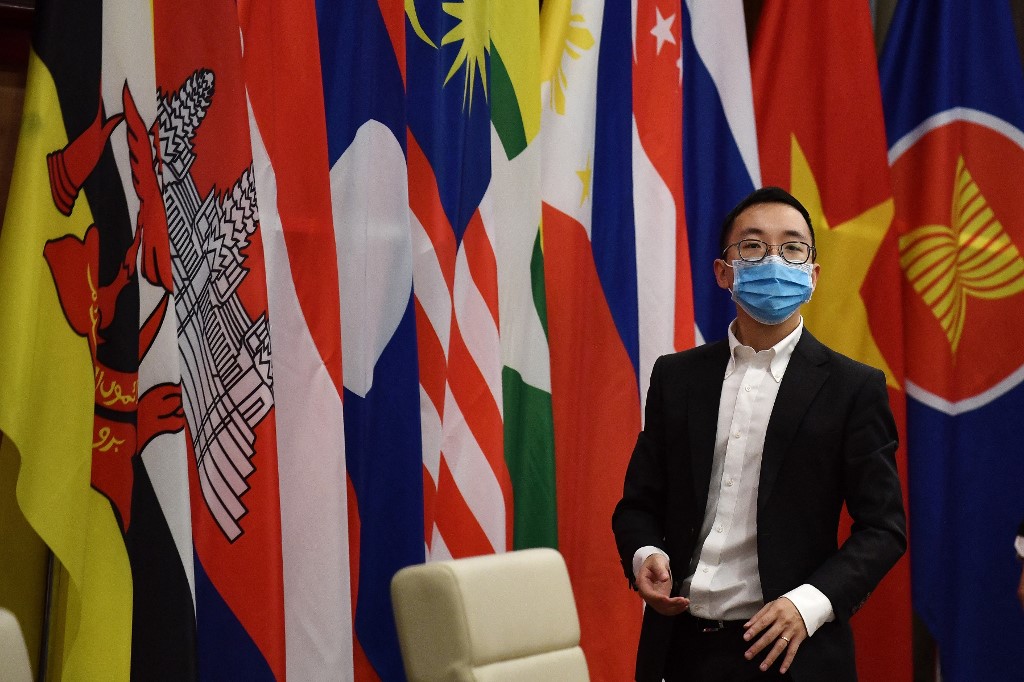 Both Kasit Piromya, former Foreign Minister, and Supalak Ganjanakhundee, independent researcher, advocate “liberal democracy” as a new shared belief for ASEAN and which, they say, is the only option to bring peace and stability back to crisis-hit Myanmar.

Both were speaking at the third Thai foreign policy webinar series on “ASEAN’s Future and Crisis in Myanmar” last Thursday, jointly hosted by the Surin Pitsuwan Foundation, Chiang Mai University’s School of Public Policy, Thai PBS and Asia News Network. The session was moderated by Faudi Pisuwan from SPF.

The other two panelists were Kavi Chongkittavorn, former editor of Myanmar Times, and Sirada Khemanitthathai, from the Faculty of Political Science at Chiang Mai University.

Kasit pushed the conventional wisdom, that ASEAN was founded 54 years ago based on “regional security interests”, to one of joint ideology or common belief to oppose communism and the domino theory.

“Now, it’s under stress. It is being squeezed on two fronts. One is the ideology and political systems at the extreme ends of the two superpowers. The other is the pressure on ASEAN leaders, from the bottom up, of its citizens, who aspire to live in a society which is free and has rights.”

He said liberal democracy is the only option going forward for the 10-member ASEAN, if it wants to remain relevant in the global affairs.

The view from Kasit, a former Thai Foreign Ministry official turned politician, was echoed by Supalak, who proposed that Thailand should launch what he termed “complex engagement” to help ASEAN resolve the crisis in Myanmar.

Such a complex engagement with Myanmar would involve non-coercion, open exchange in dialogue with all stakeholders and, most importantly, shared liberal values of “free politics, free market and the guaranteed rights of the people”.

“These values must be embedded in our foreign policy to address these issues,” said Supalak, who is a former editor of The Nation.

Sirada welcomed ASEAN’s omission of Myanmar’s junta leader from the recent summit as setting a new standard for the bloc.

Kavi said ASEAN should be commended for surviving for 50 plus years, from the Cold War era, through economic crises, SARS and now for pursuing post-COVID-recovery and efforts to end the crisis in Myanmar.

“ASEAN has adjusted steadily, but is often criticised for its slowness, but we all have to understand that ASEAN members comprise both heroes and villains. It’s an amusing mélange of every brand of political rule.”

Kavi added that ASEAN members have been intervening among the members all the time, but that may not in a way that many understand.

“For Thailand, it has many limitations but it’s our strong point. If we’re too open we will end up with many enemies.”

Kasit said the reinvention of ASEAN, as well as Thailand’s role, have not been sufficiently scrutinised or debated. He divided the life of the regional bloc into three periods, with each linked to ideology or common belief.

The first was the founding in 1967, with a common vision to oppose communism and not to accept the domino theory. This proved an enormous success, with the fall of the Soviet Union in 1991, and ASEAN gained global recognition.

The second was the emerging modern global connectivity and then globalisation. ASEAN joined the globalisation process under global rules, especially under the WTO, and shared a common aspiration to become the regional production hub, central to the supply chain.

In parallel, ASEAN sought to achieve peaceful co-existence by ending regional conflicts. As a result, Myanmar, Laos, Vietnam and Cambodia entered the bloc, bringing the membership to 10, he said.

The members came together to develop the master plan on connectivity, comprising the likes of cross border facilitation, a common market of a sort, and acceptance of professional certifications, from medicine to accountancy. The results were free flows of money and workers, merchandise and services.

ASEAN, at the same time, strengthened its international relations through the dialogue partner mechanism.

Kasit described 1967 to 2012, for the Asia Pacific or Indo Pacific region, as smooth and peaceful. The US was a superpower, guaranteeing stability and supporting China in its social and economic development. China owed its rise to the US, which provided the conducive atmosphere.

Then, however, the Thai diplomat said geopolitics took a twist, with the new Chinese leader Xi Jinping adopting a different thinking to his predecessors and a determination to reverse China’s so called “Century of Humiliation.”

With this, the new Chinese leader proceeded with policies and actions to restore pride and to elevate China to superpower status. There were unilateral acts in the South China Sea, as well as in the Upper Mekong. Subsequently, Kasit said, reactions came from the US and its allies, including South Korea, Taiwan, Japan, Australia and India.

“ASEAN was plunged into difficulties with changed geopolitics. How was it to position itself as the Cold War era of 50 years ago resurfaced? On the one hand it is about ideology and about who is stronger or bigger in the Indo Pacific region between China and the US,” Kasit said.

He added that the conflict can also be seen as being between the two systems. The one-party political system and authoritarianism of China versus the multiparty liberal democracy of the US.

“In the past few years, the US has also united with some allies, India, Japan and Australia, to form the Quadrilateral Security Dialogue, or Quad, on regional security, to oppose expansion of China and its unilateral moves and not to accept the thinking of a one-party system. Just recently came the AUKUS (a trilateral security pact with Australia and the UK).”

Kasit said the underlining common features of the US and its allies are to advocate rule by democracy and to reject unilateral action and expansion in South China Sea.

He added that the stress on ASEAN is amplified by pressure from its citizens on freedoms and rights. “It’s all linked to the essence of ASEAN on human rights, democracy, being people centric.”

ASEAN or its leaders now have a binding obligation to decide upon the bloc’s role, and to find positioning on US or China conflicts. ASEAN is also bound by its obligations to the UN on human rights, children, political set up, said Kasit, adding that none of these issues prevailed in 1967 or 1991.

Now, it has an obligation toward democracy and a people centered policy through its conduct, as well as those with the UN. There is an obligation to the people, who are tired of authoritarian rule, whether through personalities, such as former Filipino president Marcos, or military, like former Indonesian president Suharto or many of the former Thai prime ministers, said Kasit.

All these played out in ASEAN’s disunited response to the Myanmar crisis. “Now it is about democracy and rights of the people. The split developed, following the Feb 1st, 2021 coup in Myanmar, between the conservatives, led by ASEAN members such as Brunei and the majority authoritarianism of the Philippines, and Thailand, to a lesser extent, or one-party rule, such as Singapore, although it has excellent governance.”

In parallel, there has also been the rise of political Islamism, especially in Malaysia and Indonesia.

Kasit said he and several of his ASEAN and international political colleagues, including Cambodia’s political opposition in exile Sam Rainsy, have come together to propose a revolution in the structure of ASEAN.

In the past 50 years, ASEAN has had few membership conditions compared to the EU, which stipulates that all members must be under a democratic system, observe the rights of the people and practice good governance. ASEAN does not have more than a charter and its UN commitments. “Now, with the choice between China and the open societies of the US, Taiwan, South Korea and Japan, these become imperative as a choice,” he advocated.

“So we have to think about how to rebuild ASEAN as a democratic society i.e. all members given 10 years to become a democracy, a charter revamp, so it serves democratic values and practices, such as an ASEAN judicial court, ASEAN Parliament, like the EU Parliament, and an ASEAN civil platform, to check on rules and regulations,” proposed Kasit.

“This comes down to the need to have a joint ideology toward democracy,” he concluded.

ASEAN should also redefine the three major agreements it has signed, to help in managing the superpower rivalry. They include the treaty of amity and cooperation, nuclear free zone and zone of peace and freedom.

These would assist in ASEAN’s centrality, on the likes of Quad and AUKUS, “which currently are flying over our heads and we don’t know how to position ourselves.”

“And when we are seen not to be engaging, we are accused of not being democratic enough and of being a vassal to China. We can anchor ourselves with these three agreements, be neutral and play a role in reducing the military dimension,” Kasit suggested.

The present ASEAN split, in view of the military might of the US and China, is weighed with Vietnam and Singapore on the US side and Cambodia and China, with Cambodia allowing China to build the Ream naval base, which is against the Paris agreement. China should not have done this as it causes disunity and instability in South East Asia, he said.

ASEAN is known to have conducted quiet diplomacy on crises over the years in and among the member countries. This includes Aceh, East Timor, Phra Viharn, Malaysia’s Chin Peng incident and the seven-point Myanmar roadmap a decade ago.

“As regional issues have implications and spillover effects on ASEAN unity and its image,” he added. 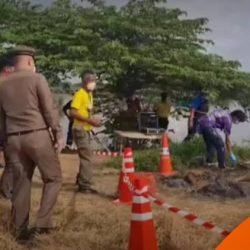 Doi Inthanon National Park to reopen to visitors on Wednesday