Let’s make it happen for the next generation – Kotchakorn Voraarkom

“My passion would always be around environmental degradation of the city where I grew up, which is obviously Bangkok. While doing my studies at Chulalongkorn University, I thought a lot about how the profession can contribute to addressing this problem. What really struck me was 2011, when the great flood of Bangkok hit us hardest.”

Kotchakorn Voraarkom is a landscape architect who is behind many green public spaces in Bangkok which aim to tackle climate change and address sustainability issues. With her contribution to the capital’s landscape, she has been named on various global lists, such as the BBC’s 100 Women in 2020, Bloomberg’s Green 30 for 2020 and TIME’s 100 Next in 2019.

One of her most notable projects was the Chulalongkorn Centenary Park, opened in 2017, the first piece of green infrastructure in Bangkok which aims to reduce urban flood risk. Then, in 2019, there is the Thammasat Urban Rooftop Farm, the largest rooftop farm in Asia, whichaims to address food security issues and, most recently, Chao Phraya Sky Park, which opened in 2020, became the first “bridge–park” to cross a river in any capital city in the world.

When asked which would be her “favourite” project, Kotchakorn says that every project is her favourite as each of them has its own identity and its own way of tackling climate change.

Next step to landscape changes

Currently, Kotchakorn is working on two new projects with the Bangkok Metropolitan Administration, which is also aiming to improve the city’s environment. The first project is the renovation of Lumpini Park, the first public park in Bangkok. Another is reclaiming Chong Non Si canal, located in the middle of the city.

“This is so important, as the culture of parks and public spaces has been around in our cities for almost a hundred years, and how can we continue and enhance that, rather than building just another concrete city, heavily developed and without regard to the environment.”

Creating green public spaces in dense urban areas is never easy, as each area has its own environmental problems and challenges.

“As a designer of public spaces, you cannot just copy what you have done over and over again,” she said.

Kotchakorn said, for her, the biggest challenge as a landscape architect is educating and convincing all stakeholders to make such changes possible. She also reflects that, in the past, people may not have understood how climate change affects them. Nowadays, people have started to understand what she is trying to do as a landscape architect.

“Obviously, sustainability might not be their goal in developing some projects. They eitherwant to maximise profit or have many other reasons. So, I think the challenge is how to meet all of those needs, while placing sustainability as the first priority.”

Although her works have been recognised internationally throughout her 10-year career, she admits that her name being mentioned on many global lists have pressured her in a way.

“Normally I motivate myself,” she said. “All the lists I have been on, I’m really honoured and grateful, but sometimes I just feel that, maybe there should be more women up there, so there will be more people who are on the list, not just myself from Southeast Asia or from Thailand.”

With climatic challenges facing many countries around the globe, Kotchakorn thinks that women and children are still the most vulnerable groups. Therefore, she strongly believes that more female landscape architects are needed to impose progressive changes. She believes that, if we don’t accept diversity, we won’t fix climate change problems.

“Having a female [landscape architect] and having their people at the table for discussion or decision making is so important, because they know the problems. If all solutions are preferable for male leadership, you neglect many other genders or people.”

Like many other women, Kotchakorn experienced some prejudice from other stakeholders, who thought that she was too young or too inexperienced. However, she does not think of this as an obstacle, but rather a challenge for her to overcome and to work on how she cancommunicate her plans effectively.

“Women might feel that they have more pressure, when working in male-dominated industries, but let that weigh you down or be something that stops you from what you want to do, or from doing good for others.”

Let’s make it happen for the next generation

Although Thailand has a large number of female CEOs, compared to other countries, Kotchakorn thinks there should be more. Therefore, empowering and supporting more young women to become leaders is still important, as well as educating young girls and people of allgenders to respect each other.

When being asked how Kotchakorn would like to inspire other women and young girls to make social changes, she thinks she is still part of the fight.

“I’m still fighting my own battles and I’m sure that every one of us is fighting our own battles. Whatever it is, in your community, in your family or in your profession, let’s make it happen. Let’s be a good example for the next generation, by showing them the possibilities. Maybe it’s not possible in our generation, but let’s be the ones who make it possible, so we can promotemore female leadership up there, or whatever gender it is.” 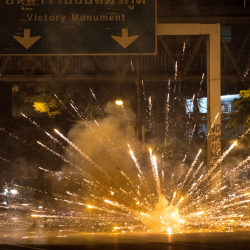 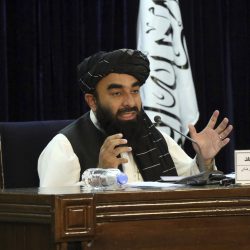