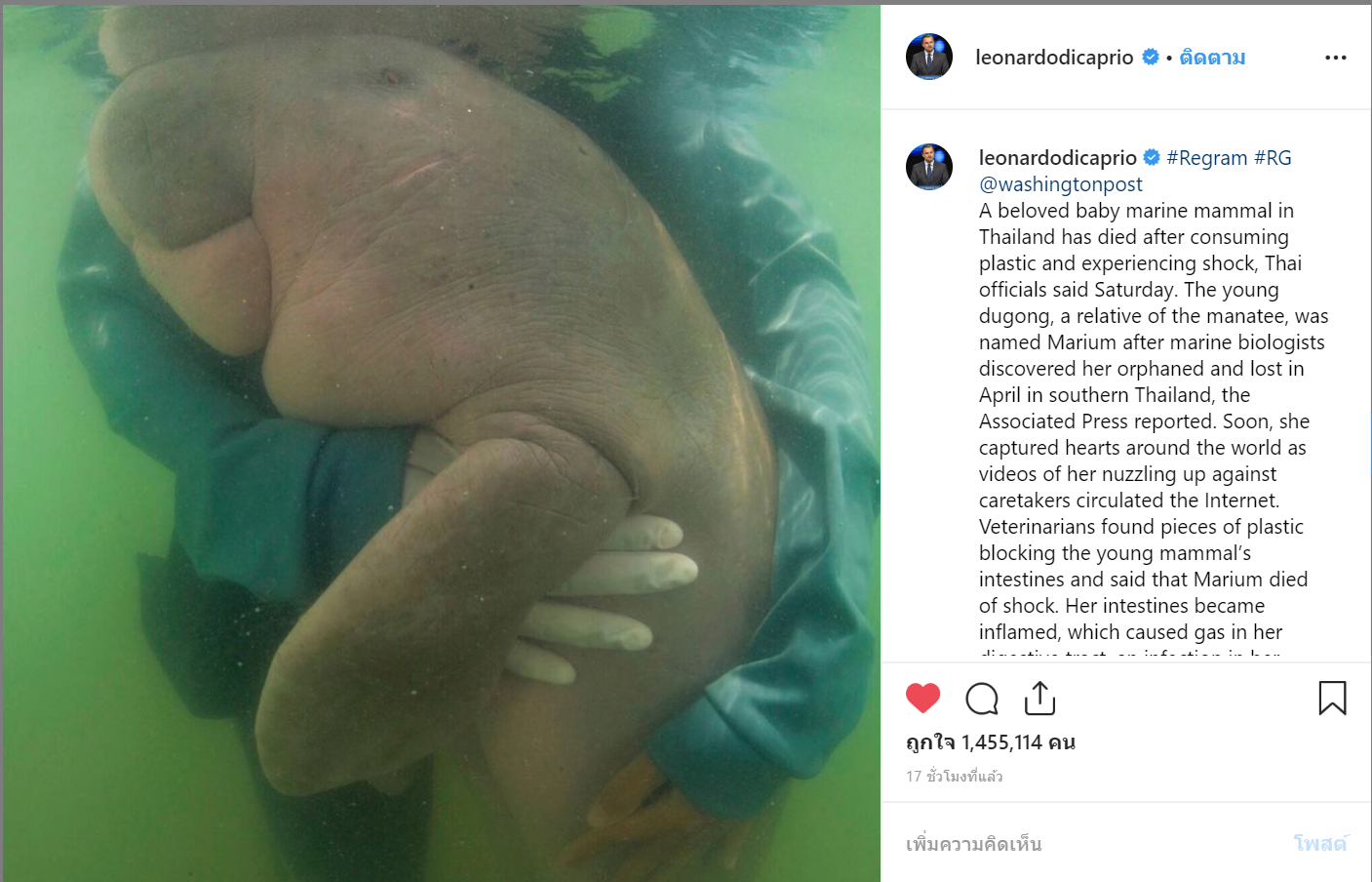 Hollywood super star Leonardo DiCaprio posted via Instagram on Saturday an image of baby dugong Mariam and the report of her death from shock Friday last week on Libong Island in Thailand’s southern province of Trang.

DiCaprio’s Instagram post has drawn 1.2 million likes and 12,900 comments, including several from celebrities, one of them from Indian movie star Pooja Batra who wrote “Why can’t we stop using plastic today? I don’t understand.”

DiCaprio’s post reads “A beloved baby marine mammal in Thailand has died after consuming plastic and experiencing shock, Thai officials said Saturday. The young dugong, a relative of the manatee, was named Mariam after marine biologists discovered her orphaned and lost in April in southern Thailand, the Associated Press reported. Soon, she captured hearts around the world as videos of her nuzzling up against caretakers circulated on the internet. Veterinarians found prices of plastic blocking the young mammal’s intestines and said that Mariam died of shock. Her intestines became inflamed, which caused gas in the digestive tract, an infection in her blood and pus in her lungs. The infection spread, causing shock, officials said in the announcement. Go to the link in our bio to read more.”

A few days after Mariam’s tragic death, another orphaned baby dugong, Yamil or Jamil, died at the Wachira Hospital in the southern province of Phuket from shock after a lump of sea grass blocked his intestines, also resulting in the build-up of gas in the digestive tract, causing the baby mammal difficulty in breathing.

Remains of the two baby dugongs were later embalmed to be put on display at the Phuket Aquarium. 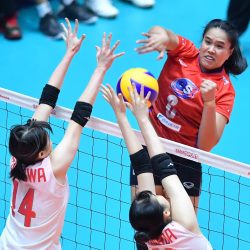 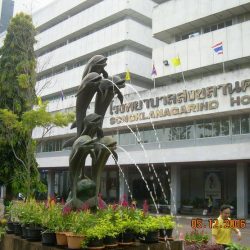