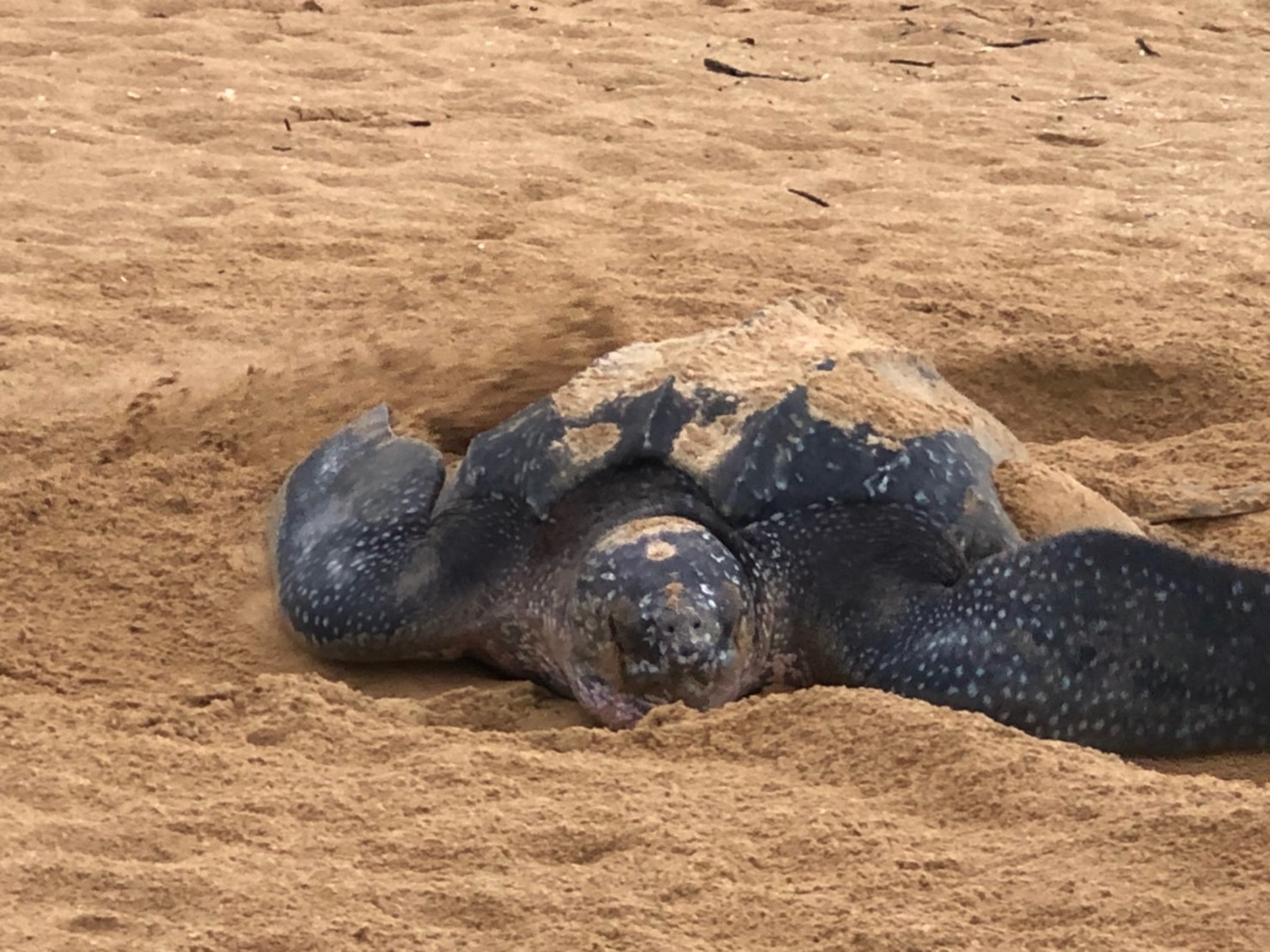 Director-General of Thailand’s Department of Marine and Coastal Resources (DMCR), Mr. Jatuporn Buruspat, and director of the Marine and Coastal Resources Research and Development Center for the Eastern Gulf of Thailand, Mr. Suthep Jualaong, were informed, by a fishermen’s group, of a dead leatherback turtle on Saunson beach in Thailand’s Rayong province on Friday (July 12th).

DMCR officials estimate the dead turtle to be about 10 years old and 79 x123cm in size. The remains are in a bad condition with the front left foot missing, two deep cuts on its upper back and one on the head. The parallel cuts are believed have been caused by a boat’s propeller. No microchip was found in the remains.

They also discovered some jellyfish, nine plastic bag pieces and other plastic waste in its stomach. It was apparent that the animal had not been eating well for some time, possibly as a result of ingesting the plastic, which it cannot digest.

They believe the death, however, resulted from the injuries sustained from the boat propeller.

Most of its internal organs had decomposed but they found signs of bleeding in its respiratory system and a blood clot in its left lung, which indicated that it had bled to death.

Leatherback turtle is recently protected species in Thailand, following an announcement in the Royal Gazette on 29th May 2019, along with Bryde’s and Omura’s whales and the whale shark. 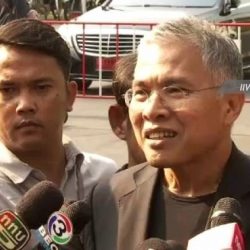 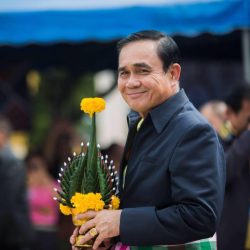