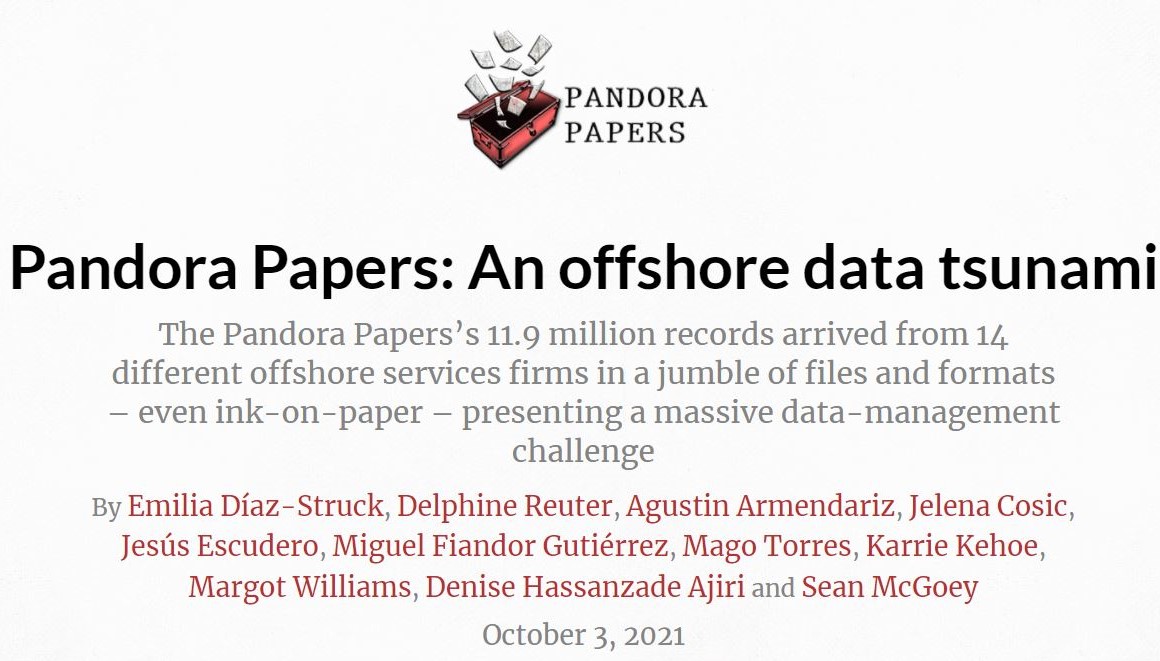 More than a dozen heads of state and government, from Jordan to Azerbaijan, Kenya and the Czech Republic, have used offshore tax havens to hide assets worth hundreds of millions of dollars, according to a far-reaching new investigation by the ICIJ media consortium.

The so-called “Pandora Papers” investigation, involving some 600 journalists from media including The Washington Post, the BBC, The Guardian, Radio France and the Indian Express, is based on the leak of some 11.9 million documents from 14 financial services companies around the world.

Among those listed with offshore entities are Thailand’s six families, with the Chiaravanont clan, Thailand’s richest family, according to Forbes, who is behind Charoen Pokphand (CP) Group, and the Sirivadhanabhakdi clan, the country’s third richest, which is behind the Thai Beverage and TCC Group, found to have owned several offshore entities.

Others include the Bhirombhakdis, of the Boon Rawd Brewery, the Yoovidhyas, who founded Red Bull, the Chirathivats, who control the Central Group, the Ratanavadis of Gulf Energy Development and the Osathanugrahs of the 130-year-old Osotspa.

Jordan’s King Abdullah amassed about US$100 million worth of property in the United States and the UK through secret companies. They were purchased between 2003 and 2017 via firms registered in tax havens and include properties in Malibu, southern California and Washington and London.

DLA Piper, a London law office representing Abdullah, told the ICIJ that he had “not at any point misused public monies or made any use whatsoever of the proceeds of aid or assistance intended for public use”.

The Pandora papers news reports claim Babis moved US$22 million through offshore companies to buy an estate on the French Riviera in 2009, while keeping his ownership secret. The report did not say the transactions broke the law.

Babis, speaking on Sunday in a TV debate ahead of Oct. 8-9 elections, denied any wrongdoing and said “the money left a Czech bank, was taxed, it was my money and returned to a Czech bank”.

Babis, founder of the Agrofert farming, food, chemical and media empire, entered politics in 2011 on an anti-corruption agenda.

The consortium said the documents contained no suggestion that Khan himself owns offshore companies.

It said Finance Minister Shaukat Fayaz Ahmed Tarin and members of his family own four offshore firms. According to Tariq Fawad Malik, a financial consultant who handled the paperwork on the companies, they were set up as part of the Tarin family’s intended investment in a bank with a Saudi business, the ICIJ said. The deal did not proceed.

The ICIJ quoted Tarin as saying in a statement that “the off-shore companies mentioned were incorporated as part of the fund raising process for my bank.”

The Guardian said the files provided evidence that the US state of South Dakota now rivalled opaque jurisdictions in Europe and the Caribbean for financial secrecy.

The documents reveal almost $360 billion in customer assets are sitting in trusts in South Dakota, some of it tied to offshore-based people and companies accused of human rights abuses and other wrongdoings, it said. State officials declined to comment.

The investigation found Azerbaijani President Ilham Aliyev and his family have secretly been involved in British property deals worth more than 400 million pounds (US$542 million), according to the BBC.

The files show how the family bought 17 properties, including a 33 million pound office block in London for the president’s 11-year-old son.

The research also reveals how another office block, owned by the family nearby, was sold to the Crown Estate for 66 million pounds in 2018. The Crown Estate said it carried out the checks required by law at the time of purchase but is now looking into the matter. The Aliyevs declined to comment to the BBC.

Kenya’s President Uhuru Kenyatta and six members of his family have been linked to 13 offshore companies, according to the documents.

The Kenyattas’ offshore investments included a company with stocks and bonds worth $30 million, the BBC reported. The Kenyattas had not yet responded to requests for comment, it added.