After a 12-month delay, the Thai Treasury Department will put into force a new national land appraisal price list for 2023-2026 on January 1st 2023. It will see the appraisal price for land in Bangkok rise by about 3% and in other provinces by an average of 8%.

Treasury Department Director-General Prapas Kong-ied hinted that some prices for next year will not be further adjusted unless there are significant changes in some land plots during the four-year period of the validity of the new land appraisal price list.

For instance, he said that the department’s appraisal price for land in the Siam Square shopping district is about 1 million baht per 4m2 (square “wah”), whereas the market price is about 3.5 million baht, in which case new pricing will have to be issued, in consultation with the Bangkok Metropolitan Administration, which is responsible for the collection of land tax in Bangkok.

Director of the Property Valuation Division Tananpong Suksomsak said that the increase of land appraisal prices will mostly affect land along the routes of train projects, new roads or in the Eastern Economic Corridor (EEC).

For the rest of the country, the highest land appraisal prices are in Chon Buri, Rayong and Chachoengsao provinces and the EEC, mostly in close vicinity to the high speed train system stations.

Some of the new land appraisal prices are:

Chairman of the chairman of the committee for real estate development at the Thai Chamber of Commerce Issara Boonyoung, meanwhile, said that the Joint Standing Committee on Commerce, Industry and Banking will, again, submit an appeal to the government seeking to ease the land tax burden for business operators, by allowing them to pay the land tax in instalments without being fined. 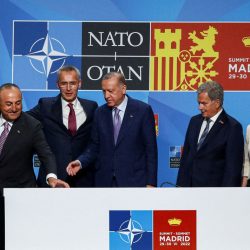