Some hours before the mini-album was released, the 24-year-old said, during an online press conference, that it took some time for her to realise she was finally making her solo debut.

Already an idol to the young generation in Thailand, Lisa made even more waves when she appeared wearing an elaborate traditional Thai dress in the video. The rapper said she wanted to have a “Thai vibe” to it.

The dress was designed by Thai designer “ASAVA”, who posted on Instagram that the costume was designed exclusively for Lisa and was specially made in a traditional Thai brocade golden silk, delicately woven in metal-threaded ancient patterns from the northern province of Lamphun. The outfit is hand-embroidered, embellished with sparkling Swarovski crystals throughout.

“LALISA” contains 4 songs, with “LALISA” being the title track and “Money”, along with instrumental versions of both songs.

The success of the LALISA album occurred even before the music video was released, with YG Entertainment revealing that album orders reached 700,000 copies in just 4 days, setting a new record for a solo female artist in the K-pop industry.

Lisa is the third member of K-pop girl band “BLACKPINK” to release solo performances, after Jennie released “SOLO” and Rose released “On The Ground” and “Gone”, which were all hugely successful.

Lisa was born in the north eastern province of Buri Ram and entered several dance contests at a young age. 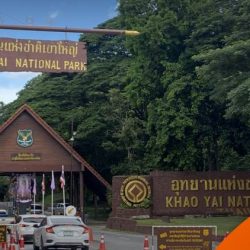 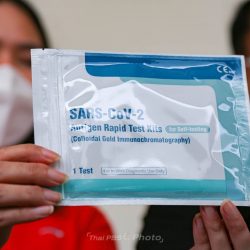 8.5 million COVID test kits to be distributed for free across Thailand from Sep 16