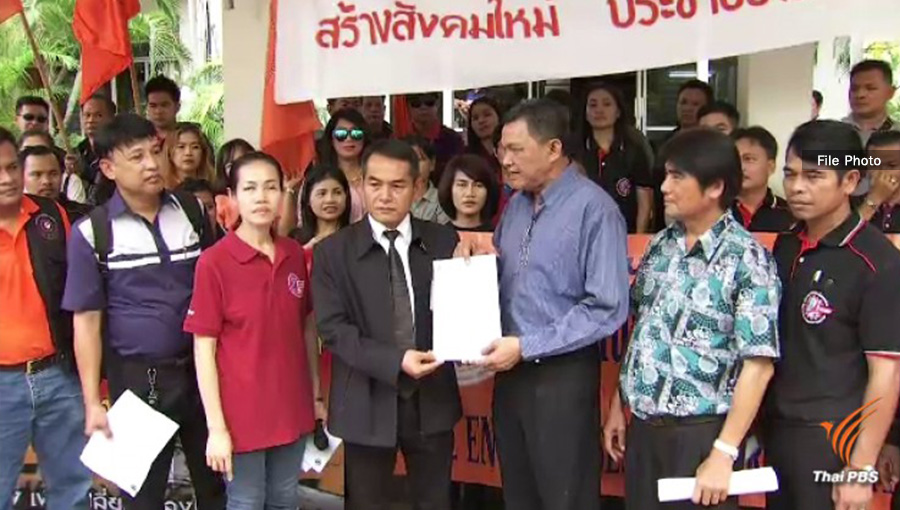 About 1,000 workers affiliated with three labour unions demonstrated in front of the Democracy monument Sunday morning on the occasion of the World Day for  Decent Work 2018 to highlight unfair employment in both government and private sectors.

The demonstrators later marched to the Government House to submit a letter signed by more than 10,000 workers to demand the government to end all forms of unfair employment existing in government bureaucracy and in the private sector.

The letter was received by Mr Kittipong Laoniphon, deputy director-general of the Labour Welfare and Protection Department who promised to pass it on to the labour minister before it is sent to the prime minister for consideration.

Mr Savit Kaewwan, president of the Thai Labour Reconciliation Committee, said that unfair employment is widely practiced even in governmental agencies such as the Labour Ministry, Public Health Ministry and the Social Security Office.

Instead of hiring newly-recruited officials on long-term basis, he said several governmental agencies have resorted to short-term employment by hiring them on annual basis or on daily basis, hence depriving them of any fringe benefits.

Mr Chalee Loysoong, vice president of Thai Labour Reconciliation Committee, claimed that in government and private sectors, short-term employees now account for 60 percent of the work force in work places with the remainder being permanent staff.

He cited the case of the Social Security Office where permanent employment until retirement has been replaced with short-term employment with the employees having to renew their employment every four years.

“We will fight to the end to make the government end all forms of unfair employment and to push for better safety at work places.

A baggage loader working for an airline, Mr Thawatchai Boonwat, said that baggage loaders have to renew their employment contracts every 2-3 years because a new company will be contracted to do the work.

For that matter, he said the working tenure of employees was terminated every 2-3 years and they will never be regarded as long-serving employees entitling to fringe benefits. 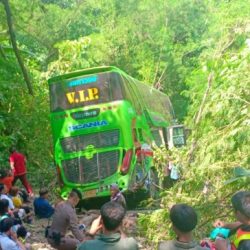 20 injured in double decker’s plunge into a roadside ravine