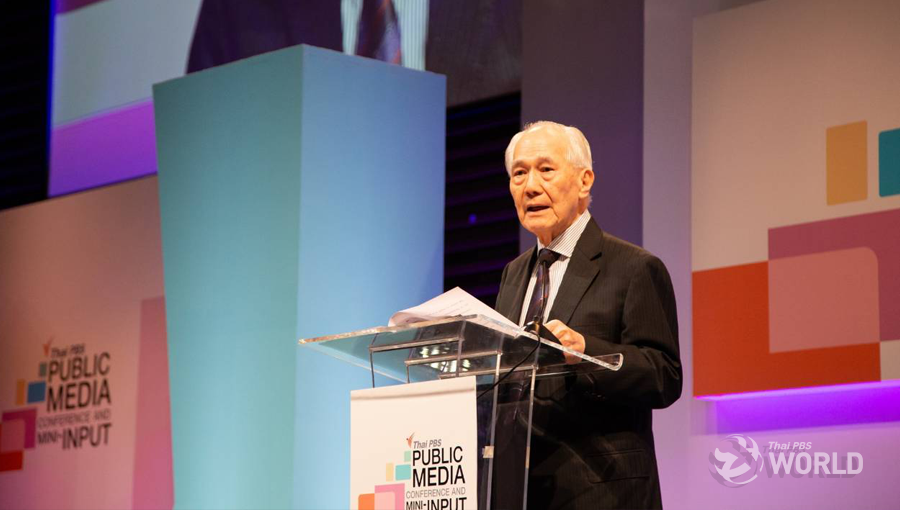 It is a pleasure for me to be here with you today. At the outset, let me congratulate the Thai PBS for hosting this important conference, as part of its tenth anniversary commemoration, in cooperation with the Goethe-Institute, INPUT, Chulalongkorn University and Thammasat University.

Let me also extend a warm welcome to all participants, including those who have come from abroad to attend this conference.

I am happy to note that the theme of the conference is “Public Media Values in the 21st Century”.  One of your key tasks will be to address this theme against the backdrop of challenges brought about by the digitization of society.

In doing so, I believe it is useful to review the historical context of public broadcasting in our respective countries as a basis for moving forward.

Let me focus on Thailand which was the first country in Southeast Asia to establish public broadcasting. We initially explored the idea in the aftermath of the “Bloody May” crackdown of anti-government protests in 1992.

During that crisis, the majority of Thais were clueless about the depth and extent of the upheaval engulfing the country. That was because the Thai public did not have access to broadcast news free from state intervention.

I was among the privileged few who had access to international news through satellite television. I learned what was actually transpiring in our country, including the violent crackdown, through the BBC and CNN.

So when I was appointed to my second term as Prime Minister immediately after the “Bloody May” crackdown, I was intent on laying the foundation for the establishment of public broadcasting in Thailand to ensure that every Thai citizen, regardless of social status, income or location, had access to objective news and information.

Our vision at that time was to promote the role of public broadcasting as a voice for democratic governance, creating and shaping public opinion and the strengthening of society.

We wanted the media to inform, educate, enlighten and enrich public discourse on essential issues of relevance and benefit to all Thais, including those living in rural and remote areas.

We saw the public broadcasting model as distinct from the commercial and state models in that its overriding objective was to:

I do believe that the principles and values that we advocated at the time are still very much relevant in today’s current environment.

Yet while universality, diversity and independence still remain the goals of public broadcasting, it must be acknowledged that the nature and function of the media in society today has changed so dramatically due to technological change.

What are some of challenges in the current digital era?

Yet there is also a downside. Propaganda and disinformation disguised as news is being spread widely and viciously.

So what is the place of public broadcasting in this fast changing landscape?

I for one believe that there is still a bright future for the public media.  Public broadcasting, at its best is widely recognized as a gold standard for good journalism and a vibrant democracy.  It still generally commands high levels of trust.

To remain relevant, public broadcasting must continue to distinguish itself from commercial or state run services. Distinctiveness must be reflected in the quality and particular character of your programmes and other services. The public must be able to identify the distinction and recognize your service as a value addition.

The changing technological landscape also provides you with new opportunities. In the digital age, information sources are becoming more diversified and individualized for particular audiences. This has resulted in fragmenting audiences into special interest constituencies, which in turn has created division in society. In response, the public media can assume an important role by serving as a national point of reference through providing objective information, including differing viewpoints, to enable the public to form the fairest possible idea of events. Such services enrich democracies and promote national identity.

What motivates public broadcasting is not profit, nor obligation to the state, but service for the public interest. Therefore, independence and freedom from political interference are pre-conditions to enable you to carry out your work with integrity and effectiveness.

I have been alarmed by the rising threats to press freedom not only in authoritarian regimes, but also in thriving democracies across the world. An independent press serves as a check on power and ensures accountability. If the free press is being threatened, we need to call upon other actors in society to support it.  This includes opposition political parties, an impartial judicial system, civil society and the people themselves whose votes count.

Navigating in the current landscape will require innovation, perseverance and a new set of business, technical and creative skills. Success will also mean embracing new technology and openness to change. It also means taking calculated risks and strategic use of resources. I am confident that all of you will rise to the challenge. 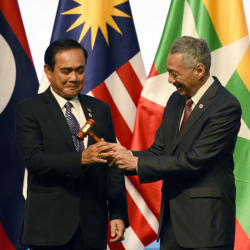