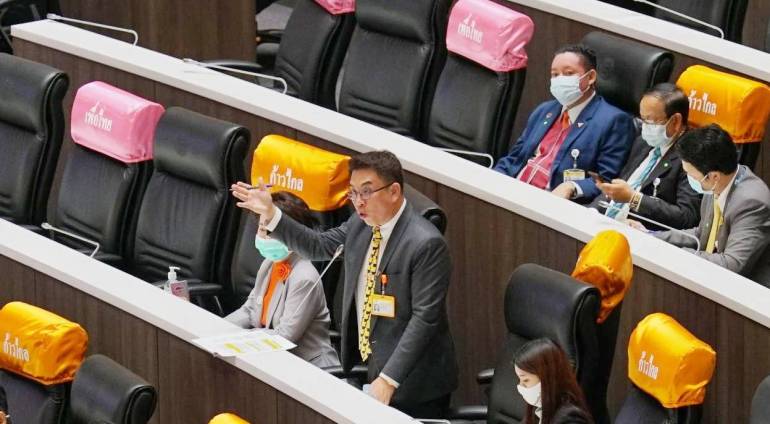 Prime Minister Prayut Chan-o-cha warned the opposition Kao Klai (Move Forward) party that it must be held accountable if Thailand fails to receive the COVID-19 vaccines it has ordered because of the criticism of his government’s vaccine procurement plan by Kao Klai MPs during the censure debate.

“Mark your own words if there is a problem, you will be held responsible. If they (the vaccine suppliers) do not send us (the vaccines) as agreed because of this (censure debate), there will be problems,” said the prime minister, apparently in response to criticism from Kao Klai MP Wirote Lakkhana-esorn.

Instead of withdrawing his words, Wirote went on to accuse the prime minister of using the monarchy as a shield to deflect criticism regarding the vaccine program. He also accused him of covering up his mistakes, which have caused delays in the arrival of the vaccines.

Wirote’s remarks drew more protests against from Paiboon and Sira, with the latter warning that he would move to sit close to Wirote to make sure that the Kao Klai MP does not repeat the remark.

Defending himself, the prime minister said that he is worried over the repeated criticism of the vaccine program, warning that it may cause the suppliers to halt delivery of the vaccines, because they don’t want to see their products become a political issue in Thailand.

He warned opposition MPs not to cause any problem which could disrupt vaccine deliveries. 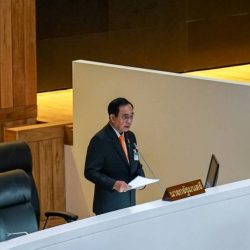 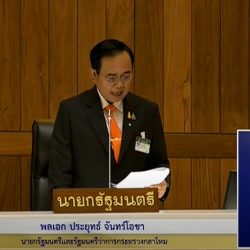