Train simulator in the guest room at Asakusa Tobu Hotel. (Photo by NHK)

Japan’s top rail firms are going the extra mile to attract customers as the pandemic continues to cripple the travel industry. The industry leaders, which also operate hotels, are using their rail expertise to offer train-themed room deals.

In a Tokyo hotel run by the Tobu Railway group, guests can try their hand at the actual simulators that drivers use for training. The graphics simulate real routes on Tobu’s lines.

The hotel opened last October in Asakusa, a district usually crowded with foreign visitors. But with inbound tourism almost non-existent, the managers are trying to stir up local demand. Asakusa Tobu Hotel General Manager Shinoda Masaji says they are aiming to attract both train enthusiasts and families with young children.

Seibu Railway runs the Shinjuku Prince Hotel in Tokyo and is offering young guests the chance to dress up as station staff and wave passengers off. And those staying at the Shibuya Excel Hotel Tokyu, run by Tokyu Railways, can play with an elaborate train set. The model was built by high school students and won the top prize at a national competition. 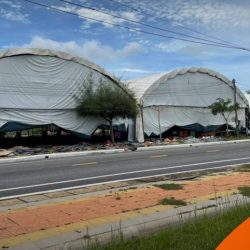 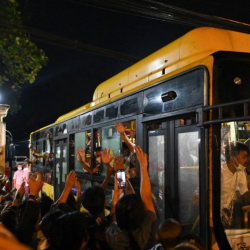