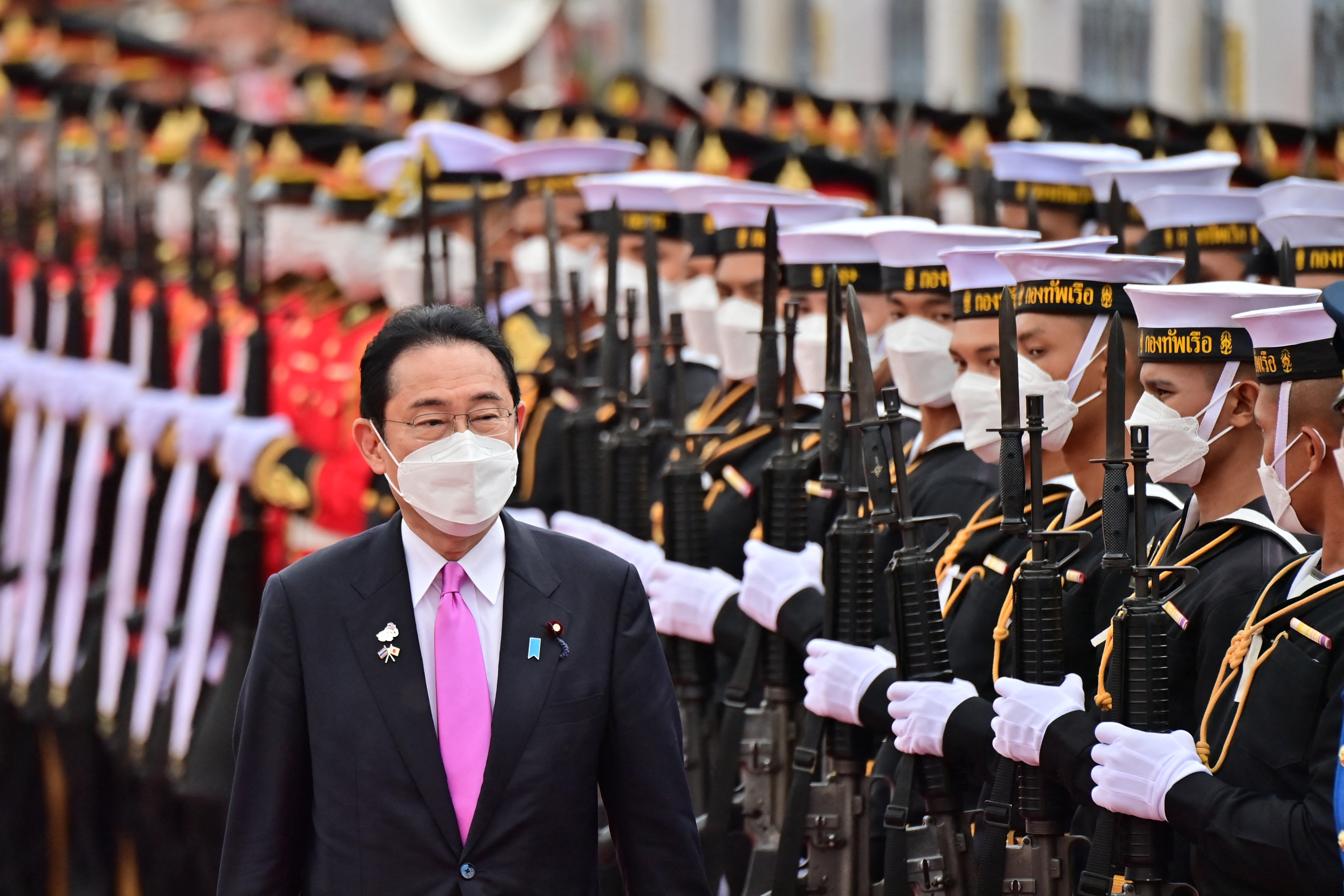 Japan’s Prime Minister Fumio Kishida inspects the honour guard at Government House in Bangkok on May 2, 2022, on his official visit to Thailand. (Photo by Lillian SUWANRUMPHA / AFP)

During his three-nation visit to ASEAN member countries over the past five days, Japan’s Prime Minister Fumio Kishida demonstrated his country’s middle-of-the-road approach to diplomacy when it comes to special relations with ASEAN. His timely visit to Indonesia, Vietnam and Thailand was successful and significant. Japan is able to adapt its foreign policy approach to take regional interests into consideration.

It was a far cry from his unprecedentedly tough position against Russia’s invasion of Ukraine, expressed when he was among his Group of Seven (G7) colleagues. Kishida understands the overall regional sentiments well.

Putting together the official policies, statements and comments made during his visit, the central message was clear. While Japan, as a strong ally of the US, is helping its treaty alliance to shore up support during the Ukraine crisis, especially in the G7 context, the third largest economic powerhouse is not in any way selling ASEAN short. In fact, Japan is very much aligned with ASEAN’s positions on international rules-based principles and the importance of humanitarian assistance.

In all three countries, Kishida reiterated Japan’s views on Ukraine, noting that no region would accept infringements on sovereignty and territorial integrity by the threat or use of force. Furthermore, Japan will not accept any action which unilaterally changes the status quo by force.

As the current Japanese leader, Kishida has a big advantage. He served as foreign minister during the previous Abe administration (2012-2017). He has travelled widely and knows the key leaders and policymakers in the region well. Indonesia, Vietnam and Thailand are key strategic partners of Japan, in both economic and security matters.

During his stopover in Hanoi, the most delicate visit of the three, Kishida showed his diplomatic finesse in responding to Vietnam’s position over the Russia-Ukraine war. As is well known, Vietnam and Laos were the only two ASEAN members to abstain from the vote at the UN National Assembly in early March condemning the invasion of Ukraine.

According to the Kyodo news agency, Kishida told reporters that there are many countries which have not taken the same steps as the G7 in relation to Russia, referring to the seven advanced democracies of Britain, Canada, France, Germany, Italy, Japan and the United States. He reiterated that it is important to gain other countries’ understanding and cooperation as much as possible.

Kishida also lauded Vietnam’s announcement of the provision of humanitarian aid to Ukraine, worth US$500,000, through an international aid organization. Other ASEAN members, including Thailand, have also provided similar humanitarian aid.

Japan continues to commit to the region’s speedier and greener economic recovery in the post-COVID-19 era, with Kishida saying said the two countries will strengthen cooperation to achieve economic recovery in areas such as supply chain diversification, digital transformation, human resource exchanges and energy transition.

All three ASEAN members are cooperating with Japan to work out individual action plans on energy transition, which will be pivotal to achieving sustainable development in decades to come.

As the only Asian member of G7, Japan serves as an example for the Western great powers to emulate.

Kishida is proceeding to Italy and the UK before returning home. The lessons learned are simple enough, namely that principles of mutual respect and benefit, infused with humility, will go a long way to strengthening regional peace and prosperity. 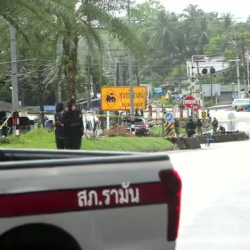