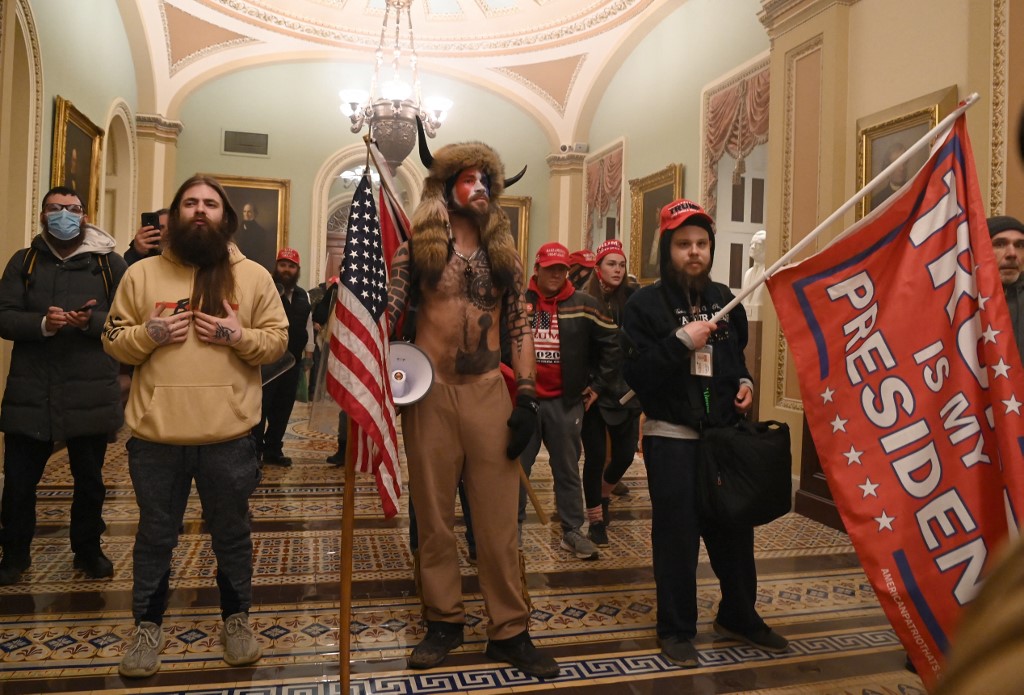 In this file photo taken on January 06, 2021 supporters of US President Donald Trump, including member of the QAnon conspiracy group Jake Angeli, aka Yellowstone Wolf (C), enter the US Capitol in Washington, DC. (Photo by Saul LOEB / AFP)

A year has elapsed since American democracy was assaulted. Die-hard republican protesters and some extremists invaded the Capitol in Washington DC and forced the world’s most stable democratic symbol into a brief lockdown. It was surreal. Behind the scenes was a losing president who refused to budge, Donald Trump. Today, he remains a powerful and divisive figure in American politics.

In other countries, such a former leader would be condemned and left in oblivion for historians to ridicule. In the US, however, he is still the superstar of the Republican Party. Even today, no politician in the party dare challenge him or speak out against him. Surprisingly, his endorsement remains a pivotal factor in winning an election for his party’s candidates. Furthermore, even after all he has done, he is thinking of standing in the next presidential election in 2024.

It is not easy to understand or assess the attitude and perspectives of American people towards their own democracy. First of all, two-thirds of Republicans still believe that the 2020 presidential election was rigged, meaning that there is a sizable number of Americans who share that belief. How can a real democracy function in such an environment? Over the past months, Trump and his supporters have been trying to find evidence to support their claims, but have consistently failed to prove their allegations.

In lesser democratic countries, such a lingering claim would be disputed and forgotten. Not so in the US. This bipartisan thinking and conduct explains why President Joe Biden has encountered so much resistance in promoting his economic and health plans, even if they are for the benefit of Americans.

While the US has been donating millions and millions doses of vaccines to needy countries around the world, just over a quarter of American citizens have refused to be inoculated against COVID-19, causing a myriad of health-related problems. Obviously, this is the price that the overall American society has to pay.

In Thailand, the SARS-CoV-2 virus has taught us that, if we are to survive this invisible enemy, collective responsibility must be on everybody’s mind. One person who breaks the rules, citing his or her freedom, could bring the whole community down. No one is safe until everybody is safe. This most repeated mantra is still in need of practitioners.

Although an investigation, by a special committee of the House of Representatives, has been working for nearly a year and hundreds of people have been charged, there are still no conclusions as to what the committee’s next move will be. One of the key questions, which needs answering, concerns the possible link between Trump and those who stormed the Capitol. There is ample evidence that such a connection existed, but the Biden administration is still undecided over whether to go full steam down this path. Yet time is not on Biden’s side. The midterm elections are coming in November, which could well see the Republicans retake control of the Senate.

Looking back, Biden got off on the wrong foot when he promised to promote democracy around the world. He should have settled the January 6th debacle first and foremost, before venturing abroad. At the moment, the optics of American leaders and their people fighting about the January 6th assault are disheartening, especially the staying power of the former president. It would be better for Biden to consolidate democracy at home and remain humble about democratic promotion. Lest we forget, similar attacks in other democracies or non-democracies would attract harsh criticism and sanctions from the US and its allies.

As the world continues to face the threat posed by new COVID-19 variants, each country has to think of the most effective ways, temporary or longstanding, to counter the spread and find a cure. Common sense and collective responsibility and actions, as well as survival instincts, should be the norm. 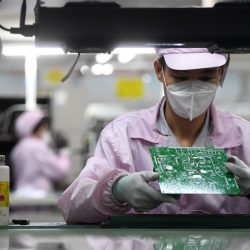