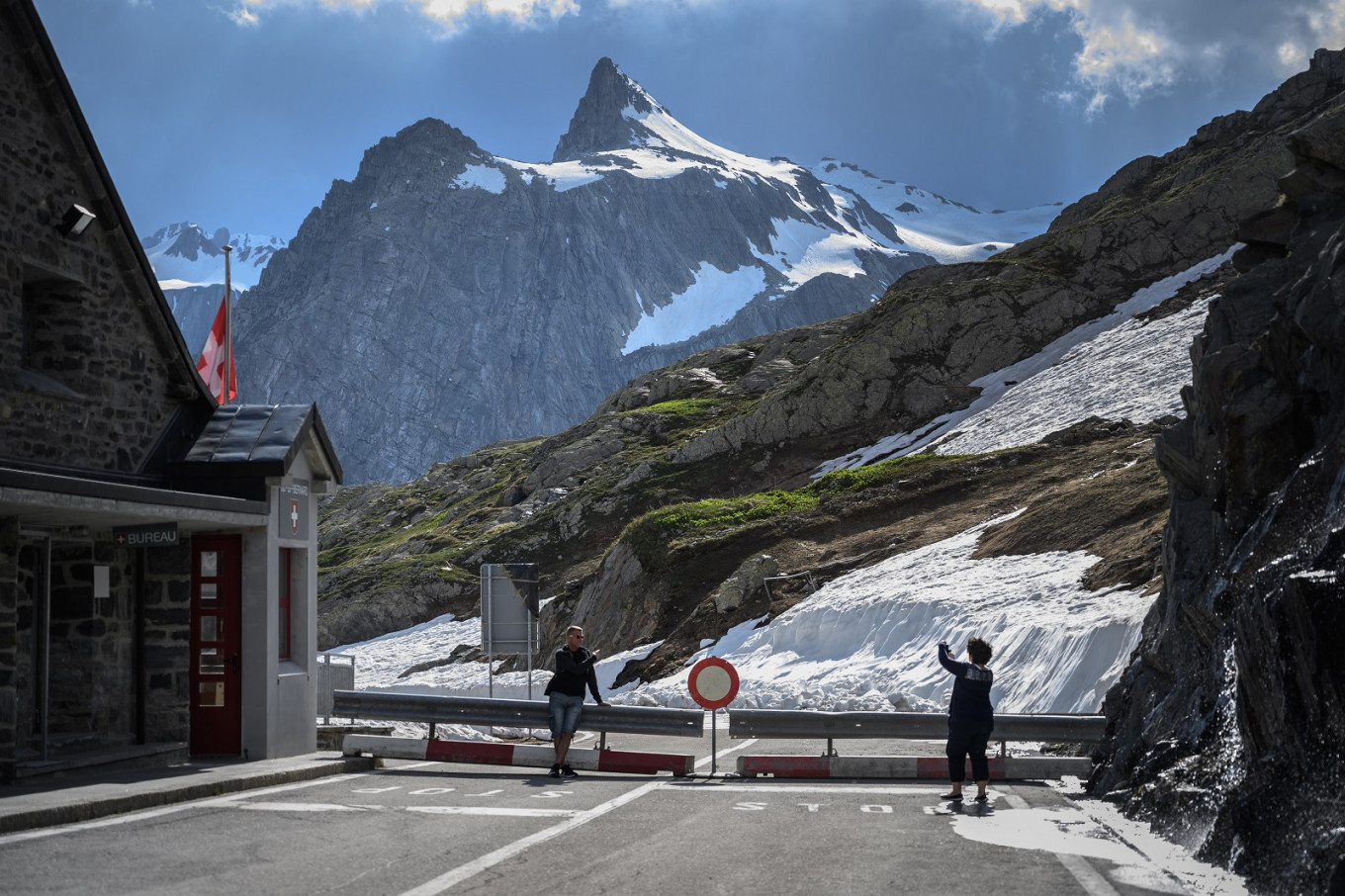 Tourists take a picture by a fence closing the Swiss-Italian border at Grand Saint Bernard pass on June 2, 2020, on the eve of Italy’s unilateral reopening of its borders, amid the COVID-19 outbreak, caused by the novel coronavirus. (AFP/Fabrice Coffrini)

Rome (AFP) – Italy reopens to travellers from Europe on Wednesday, three months after the country went into coronavirus lockdown, with all hopes pinned on reviving the key tourism industry as the summer season begins.

Gondolas are ready to punt along Venice’s canals, lovers will be able to act out “Romeo and Juliet” on Verona’s famed balcony, and gladiator fans can pose for selfies at Rome’s Colosseum.

But there were fears many foreign tourists would be put off coming to a country still shaking off a vicious pandemic.

“Come to Calabria. There’s only one risk: that you’ll get fat,” the southern region’s governor Jole Santelli said on Sunday as the race began to lure big spenders — or any spenders — back to Italy’s sandy shores.

Italy was the first European country to be hit hard by the coronavirus and has officially reported more than 33,000 deaths.

It imposed an economically crippling lockdown in early March and has since seen its contagion numbers drop off dramatically.

With the country facing its deepest recession since World War II, it needs foreigners to return, and quickly.

But it is still reporting dozens of new cases a day, particularly in the northern Lombardy region, and experts warn the government may be being hasty in permitting travel between regions and abroad.

International flights were only expected to resume in three main cities: Milan, Rome and Naples.

And there were concerns that those who usually come in by car, train or ferry from neighbouring countries would go elsewhere on their holidays.

Switzerland has warned its citizens that if they go to Italy they will be subject to “health measures” on their return. The country will open its borders with Germany, France and Austria on June 15, but not with Italy.

Austria is lifting restrictions in mid-June with Germany, Switzerland, the Czech Republic, Slovakia and Hungary — but again, not Italy, described last week by Vienna’s health minister as “still a hotspot”.

Other countries, such as Belgium and Britain, are still advising against, or forbidding, all non-essential travel abroad.

In response to perceived anti-Italian sentiment, Foreign Minister Luigi Di Maio has warned countries not to treat Italy “like a leper”.

He said Saturday he would be travelling to Germany, Slovenia and Greece to persuade them Italy is safe for foreign tourists.

Arrivals in Italy from Europe will not be required to self-isolate unless they have recently travelled from another continent.

Italy’s lockdown has had a particularly devastating effect on the tourism sector, which amounts to some 13 percent of Gross Domestic Product (GDP).

Historic sites were shut, restaurants closed, and hotels were used to care for coronavirus sick.

Restaurants, cafes and beach establishments have slowly reopened over the past two weeks — although the government has said it reserves the right to impose localised lockdowns if it sees contagion numbers rise.

But only 40 of Rome’s 1,200 hotels have reopened, the Corriere della Sera newspaper said Monday, and just a dozen in Milan. It costs too much to open them if they will just stand empty.

“My hoteliers all want to reopen, but as long as the borders remain closed, it’s not possible,” Marco Michielli, deputy head of hoteliers’ association Federalberghi, said Saturday.

Italy’s national tourism agency (ENIT) said some 40 percent of Italians traditionally travel abroad for their holidays, but could be forced this year to vacation at home, helping local businesses.

That may be little comfort to those running the country’s costly historic sites, because most of the tens of thousands of visitors that usually flock daily to the Tower of Pisa, Pantheon or Pompeii come from abroad.