The Region 1 public prosecutor agreed today (Monday) to delay the decisions until end of June on the indictments of six suspects charged in the drowning on February 24th of TV actress Nida Patcharaveerapong, aka “Tangmo”.

The prosecutors say the delay is necessary because the police investigation files are very detailed and public prosecutors will have to study them carefully.

The six suspects are facing multiple charges, ranging from negligence causing the death of another person, giving false statements to the police, littering, destroying evidence, using an expired boat licence and operating a boat without a licence to drug abuse. Not all of them face the same charges, and the speedboat’s owner, Thanupat Lerttaweewit, is the only one facing a drug abuse charge.

All five suspects on board at the time face charges of negligence causing death to another person, which is the most serious charge.

All six of them showed up at the Nonthaburi provincial public prosecutor’s office today to hear the decisions.

Idsarin later told the media that she is not worried about the delay of the indictment decisions because it is quite normal.

The prosecutor in charge of the case said that the case file and her recommendations have been sent to the director-general of the Region 1 prosecutor’s office for a final decision.

The case prompted a media circus around the circumstances of the late actress’s death, the group of her friends on board the boat and other people close to her. Police concluded in April that she died of drowning and neither fell from the boat accidentally nor was she murdered. 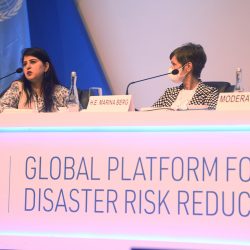