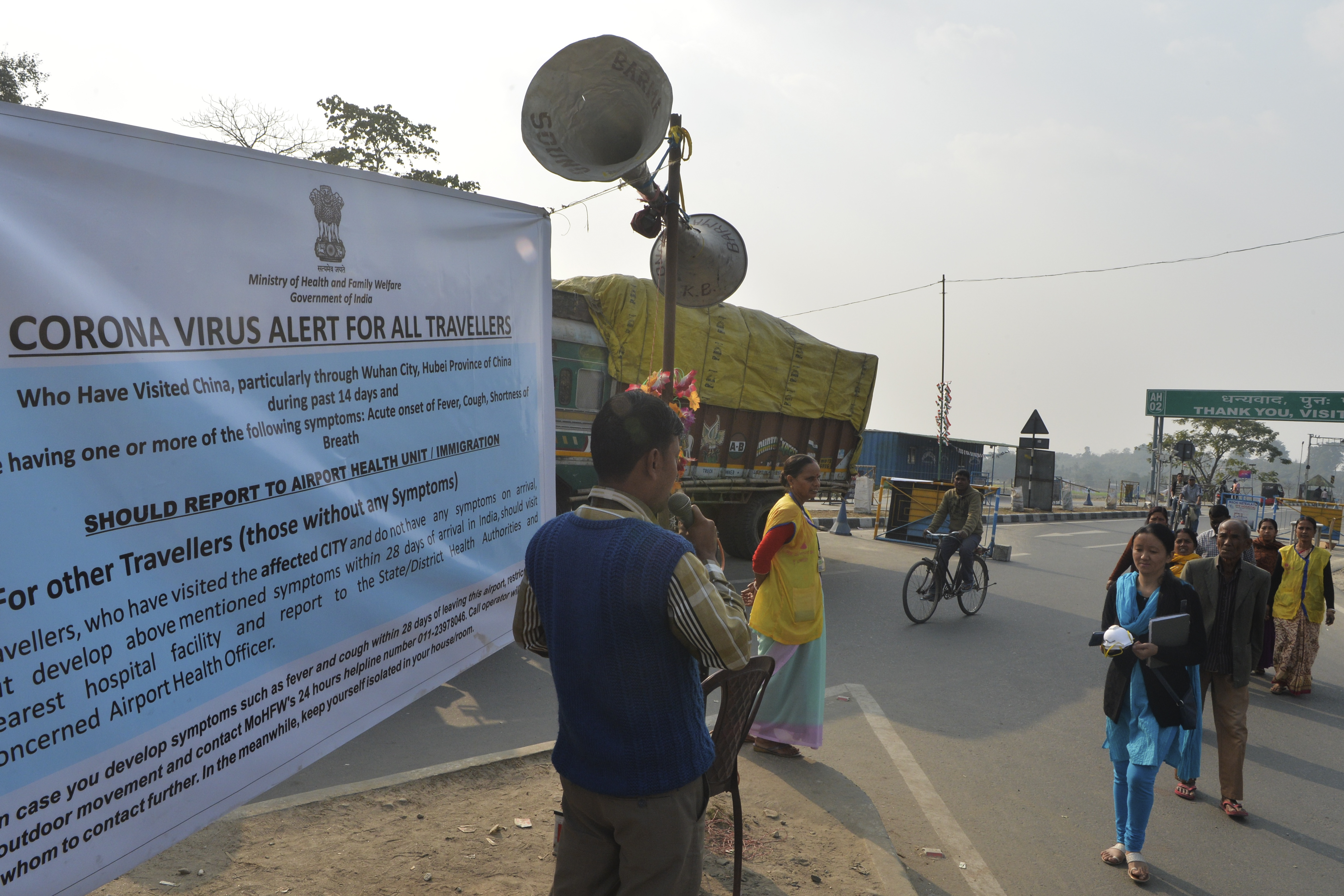 An Indian health worker speaks next to a banner durign a Corona virus information camp for travellers at an India-Nepal border crossing some 32 kms from Siliguri on January 26, 2020. – Health authorities in Nepal on January 24 confirmed that a student who returned from Wuhan, China tested positive for the new coronavirus, becoming the first South Asian country to report the deadly disease. (Photo by DIPTENDU DUTTA / AFP)

NEW DELHI (AP) — India will begin the world’s largest lockdown on Wednesday, Prime Minister Narendra Modi announced in a TV address, warning citizens to stay inside or risk inviting the pandemic into their homes, and pledging $2 billion to bolster the country’s beleaguered health care system.

“To save India and every Indian, there will be a total ban on venturing out,” Modi said Tuesday night, acknowledging that the 21-day lockdown would be a major blow to the economy, but that the alternative could set the country back 21 years.

The move puts nearly one-fifth of the world’s population under lockdown.

Indian health officials have reported 469 active cases of COVID-19, the disease caused by the virus, and 10 deaths. Officials have repeatedly insisted there is no evidence yet of communal spread but have conducted relatively scant testing for the disease. In a country where tens of millions live in dense urban areas with irregular access to clean water, experts have said communal spread is inevitable.

For weeks, while the coronavirus wracked neighboring China and other parts of Asia, India’s infection toll stood at just three, all students in the Chinese epicenter, Wuhan, who were treated in their home state of Kerala and recovered from the disease.

But since the World Health Organization declared the coronavirus a global pandemic, triggering India’s government to invoke a British Raj-era epidemic act giving it sweeping powers to contain the disease, the cases have been growing rapidly and, according to Modi, have the potential to “spread like wildfire.”

In recent days, India has been gradually expanding stay-at-home orders and has banned international and domestic flights and suspended passenger service on its extensive rail system.

Essential service providers, including hospitals, police and media had been exempted from the stay-in-place orders, and many grocery stores and pharmacies remained open.

Modi called Tuesday’s order a “total lockdown” and did not address whether any service providers would be exempt, but said that “all steps have been taken by central and state government to ensure supply of essential items.”

It was not clear what this would mean for about 300 million Indians who according to official data live below the poverty line. 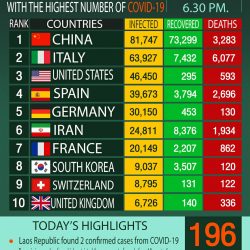 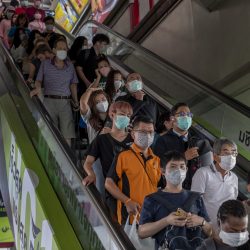 Masks a must for all train passengers