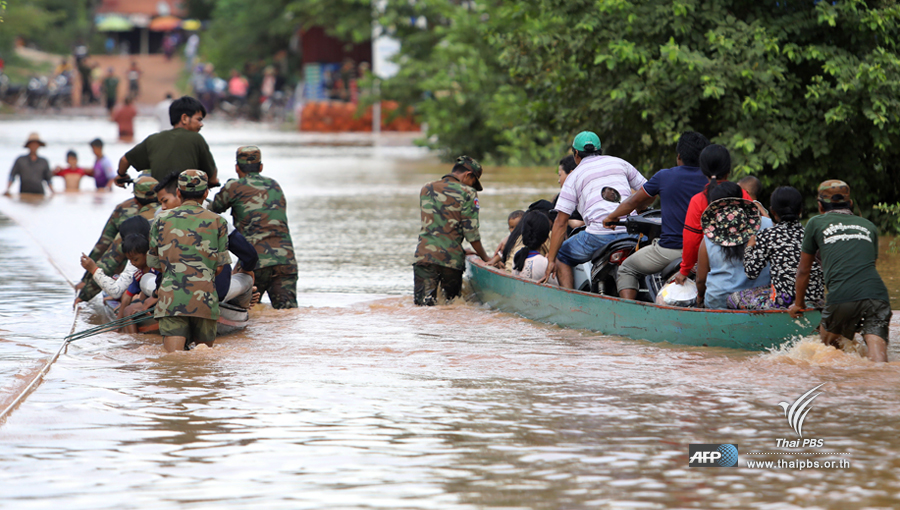 Photo: Cambodian soldiers evacuate residents by boat from the floodings in Stung Treng province on Thursday. The torrent of water unleashed in a deadly Laos dam collapse has drained into Cambodia, forcing thousands to evacuate.

More than 10,000 people have been relocated to temporary shelter centres in Attapeu and Champassak provinces, it said, adding that a total of 13 villages were hit by the floods.

Houses in eight villages were first to be submerged by the flash flood caused by the fracture of Xe-Pian Xe-Namnoy hydropower reservoir’s saddle dam D. Vientiane Times said the construction of the dam was 90 percent complete when it partially collapsed.

It said vehicles have now been able to access some upstream villages where the water level has since decreased but periodic rainfall has partially hampered rescue operations.