“I shall reign in righteousness for the benefits of the people” 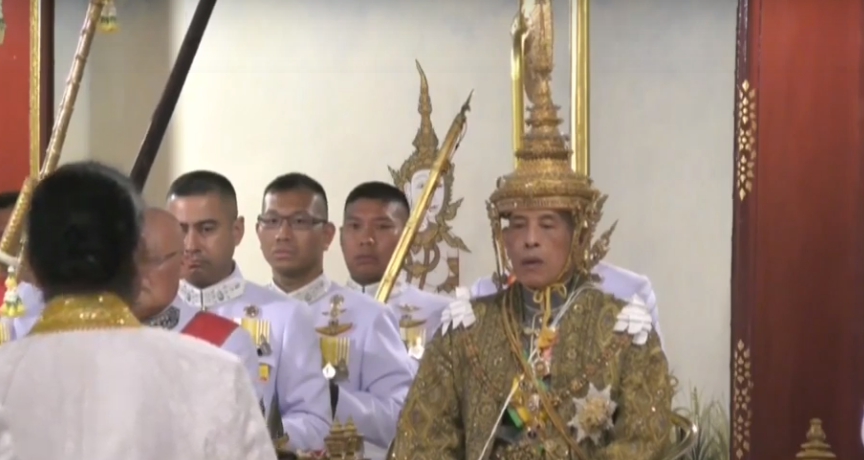 His Majesty King Maha Vajiralongkorn declared he will “reign in righteousness for the benefits of the people forever.”

In his brief inaugural speech upon being crowned the 10th Monarch of the Chakri dynasty in an elaborate Coronation Ceremony at the Royal Grand Palace, His Majesty said he will also preserve and expand what has been carried out.

“I shall continue, preserve and expand, and reign in righteousness for the benefits of the people forever,” he said, sitting under a nine-tiered umbrella in full royal regalia including a gold-enameled, diamond-tipped crown.

In his first act as the new monarch, His Majesty accorded Queen Suthida with her full royal title.

The crowning followed a series of elaborate rituals that have been followed by Thai royal families for hundreds of years.  In what is considered to be one of the most sacred parts of the Coronation Ceremony this morning, His Majesty,  draped in a white saffron robe, underwent the Song Marutha Bhisek Purification Ceremony at the Chakrabat Biman Royal Residence.

During the ceremony, the King was seated on a ceremonial chair as the Supreme Patriarch poured sacred water from a bowl on the back of his body and later on the palms of his hands as the guard of honour at Sanam Luang fired a cannon salute.

After the Purification ritual, HM the King underwent another elaborate ceremony, the Anointing Ceremony in the Baisal Daksin Throne Hall.  Eight representatives, including Privy Council President Prem Tisulanonda, Prime Minister Prayut Chan-o-cha, Supreme Court President Cheep Chulamon, National Legislative Assembly President Pornpetch Wichitcholachai were in attendance, each standing on one of the eight points of the compass to offer holy water to HM the King for the anointment.

Later, the King received the gem-studded crown, which he placed on his head as he was crowned the 10th Monarch of the Chakri dynasty. Temple bells rang out across the Kingdom. 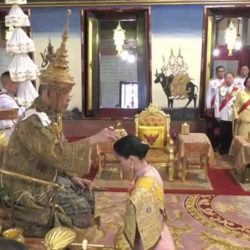 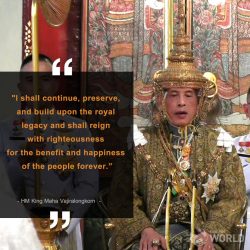