This handout photograph released by the Afghan Taliban and taken on January 22, 2022 shows Afghanistan’s Foreign Minister Amir Khan Muttaqi (L), Taliban spokesman for the Ministry of Foreign affairs, Abdul Qahar Balkhi (C) and delegates sitting on a plane before departing to Oslo, at the Kabul airport in Kabul. Afghan Taliban / AFP

Human rights and the humanitarian crisis in Afghanistan, where hunger threatens millions, will be in focus at talks opening Sunday in Oslo between the Taliban, the West and members of Afghan civil society.

In their first visit to Europe since returning to power in August, the Taliban will meet Norwegian officials as well as representatives of the United States, France, Britain, Germany, Italy and the European Union.

The Taliban delegation will be led by Foreign Minister Amir Khan Muttaqi.

On the agenda will be “the formation of a representative political system, responses to the urgent humanitarian and economic crises, security and counter-terrorism concerns, and human rights, especially education for girls and women”, a US State Department official said.

The hardline Islamists were toppled in 2001 but swiftly stormed back to power in August as international troops began their final withdrawal.

The Taliban hope the talks will help “transform the atmosphere of war… into a peaceful situation”, government spokesman Zabihullah Mujahid told AFP on Saturday.

No country has yet recognised the Taliban government, and Norwegian Foreign Minister Anniken Huitfeldt stressed that the talks would “not represent a legitimisation or recognition of the Taliban”.

“But we must talk to the de facto authorities in the country. We cannot allow the political situation to lead to an even worse humanitarian disaster,” Huitfeldt said.

– ‘Have to involve the government’ –

The humanitarian situation in Afghanistan has deteriorated drastically since August.

International aid, which financed around 80 percent of the Afghan budget, came to a sudden halt and the United States has frozen $9.5 billion in assets in the Afghan central bank.

Unemployment has skyrocketed and civil servants’ salaries have not been paid for months in the country, already ravaged by several severe droughts.

Hunger now threatens 23 million Afghans, or 55 percent of the population, according to the United Nations, which says it needs $4.4 billion from donor countries this year to address the humanitarian crisis.

“It would be a mistake to submit the people of Afghanistan to a collective punishment just because the de facto authorities are not behaving properly”, UN Secretary General Antonio Guterres reiterated Friday.

“If you want to be efficient, you have to involve the government in one way or another.”

The international community is waiting to see how the Islamic fundamentalists intend to govern Afghanistan, after having largely trampled on human rights during their first stint in power between 1996 and 2001.

While the Taliban claim to have modernised, women are still largely excluded from public sector employment and secondary schools for girls remain largely closed.

On the first day of the Oslo talks held behind closed doors, the Taliban delegation is expected to meet Afghans from civil society, including women leaders and journalists.

A former Afghan minister for mines and petrol who now lives in Norway, Nargis Nehan, said she had declined an invitation to take part.

She told AFP she feared the talks would “normalise the Taliban and… strengthen them, while there is no way that they’ll change”.

“What guarantee is there this time that they will keep their promises?” she asked, noting that women activists and journalists are still being arrested.

Joining the delegation from Kabul is Anas Haqqani, a leader of the most feared and violent faction of the Taliban movement –- the Haqqani network, responsible for some of the most devastating attacks in Afghanistan.

A senior official with no formal government title, he was jailed for several years at the United States’ Bagram detention centre outside of the capital, before being released in a prisoner swap in 2019.

Davood Moradian, the head of the Afghan Institute for Strategic Studies now based outside Afghanistan,  criticised Norway’s “celebrity-style” peace initiative.

Hosting the Taliban’s foreign minister “casts doubt on Norway’s global image as a country that cares for women’s rights, when the Taliban has effectively instituted gender apartheid”, he said.

Norway has a track record of mediating in conflicts, including in the Middle East, Sri Lanka and Colombia. 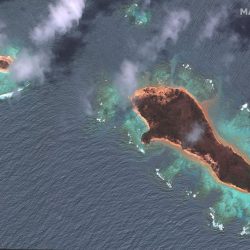