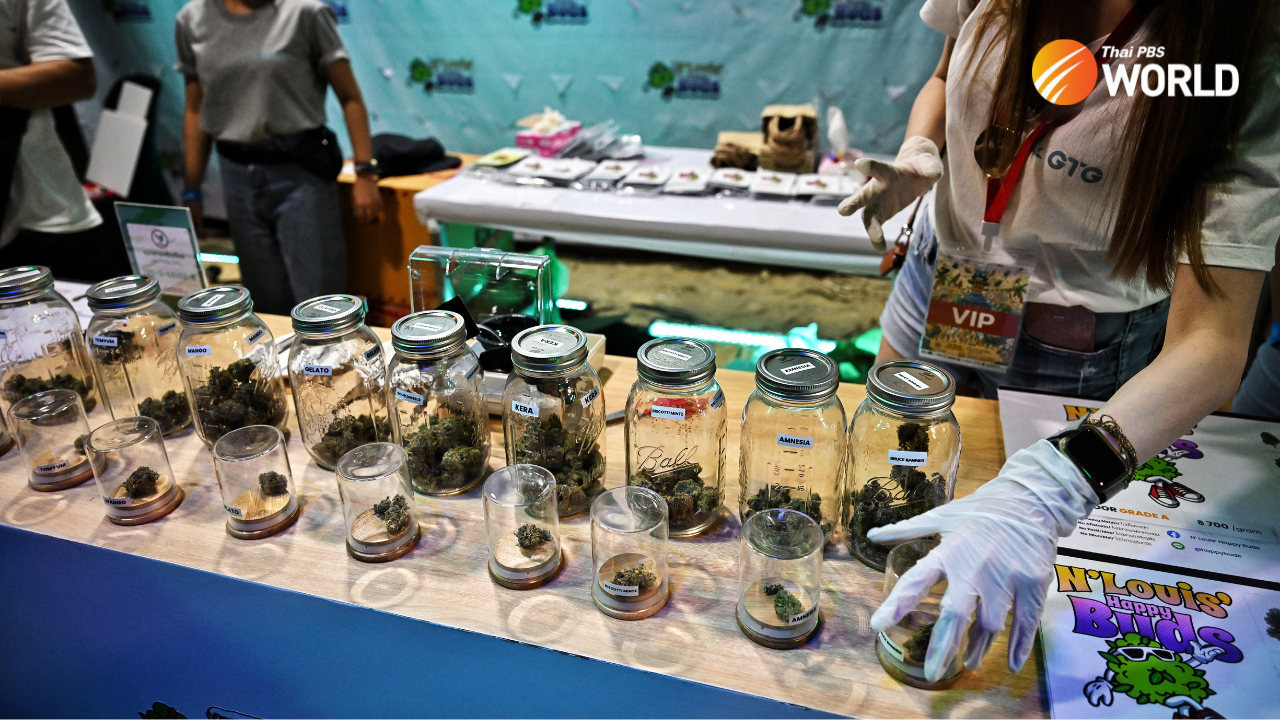 When the “freedom” to own guns was constitutionally embraced in America a long time ago, critics must have given the same warning as their Thai counterparts up in arms against the “legalization” of cannabis at the moment. Firearms would be misused, it must have been said. The weapons could have fallen into the wrong hands. Tragedies would happen.

Powerful businesses joined the fray in America. They did not come out to say directly that gun ownership freedom would give them huge profits, but everybody knew that the industry was formidable politically and its lobbying strength was virtually unmatched. And everyone knows all too well that the industry can easily survive occasional bumps on the road, when random shootings unleashed by “maniacs” occur at schools or fast-food restaurants.

Thailand’s cannabis legalization uproar mirrors the US controversy. The leaves could easily be misused. Or they could have gone into the wrong hands. Tragedies could be around the corner. Then there are those standing to benefit handsomely.

Cue divided politicians and the picture is complete. Good news is that politics can keep the debate loud and volatile. Bad news is that such a debate will not be so scientific, or that it will be scientific just on the surface and those with political connections know what to do behind the scenes to get their way. The presidents know what to say in America when a “monster” armed with an easily acquired gun “saddened our nation” in a schoolyard. But no real change would happen. Pro-gun politicians only talk about good things about the rights to bear arms while their anti-gun counterparts only amplify the bad ones.

Like gun ownership, cannabis legalization is a double-edged sword, carrying a great potential to go south. Benefits, however, can be immense on paper or if all measures are strictly enforced and thus manage to stand their ground. Reliance on expensively imported medicine or medical materials can be reduced significantly. And with researches and trials and errors taking place in a much-grander scale, a major health breakthrough contributed by Thais is no longer just a pipe dream.

The mythical qualities of cannabis are a fascinating subject of interest of worldwide researchers. Some countries are bolder than Thailand while others are more cautious. In Canada, for example, cannabis is legal for both recreational and medical purposes. Yet Uruguay was there first, becoming the first country to legalize cannabis.

One past statement of Canadian Prime Minister Justin Trudeau showed confidence about preventive measures but it could not calm down critics. “It’s been too easy for our kids to get marijuana _ and for criminals to reap the profits,” he said a few years ago. “Today, we change that.” The change may not be effective enough and it would be even easier for kids to get their hands on marijuana and what was once criminals’ exclusivity could be publicly widespread.

The situation is more confusing in the United States. The use and possession of cannabis is illegal under America’s federal law which classifies the plant as a “Schedule 1 substance” with a high potential for abuse. Yet many states have legalized either or both the medical and recreational use of cannabis. In other words, even the federal and state authorities in the United States disagree how far the legality of cannabis should go.

Thailand is one of the nations linked unfavorably with cannabis, with tough laws and inconsistent enforcement. Sometimes laughable acts of the authorities add to a negative image that helps critics’ cause. That kind of image will unlikely change overnight, but the tricky question is how to seriously minimize political considerations and step up medical ones.

Even Thai doctors and pharmacists have been unsure about greater openness. There are those who are worried and there are others who point out that some painkillers, addictive yet effective, would not have been discovered had the medical attitude toward opium been absolutely uncompromising.

Is cannabis good or bad? The world, the old generations at least, have been taught that the latter is the undisputed answer. Doubts, however, have grown lately among newer generations, with claims persistent that possible medicinal benefits of the plant may not have been researched properly and sufficiently.

Legalization advocates may be making a bad mistake, or a good leap of faith is needed for some potentially marvelous discoveries. Either way, politically-biased debate and business interest (the pharmaceutical industry is mammoth and many in it stand to lose big time if cannabis can work wonders medically) can become influential misguidances.